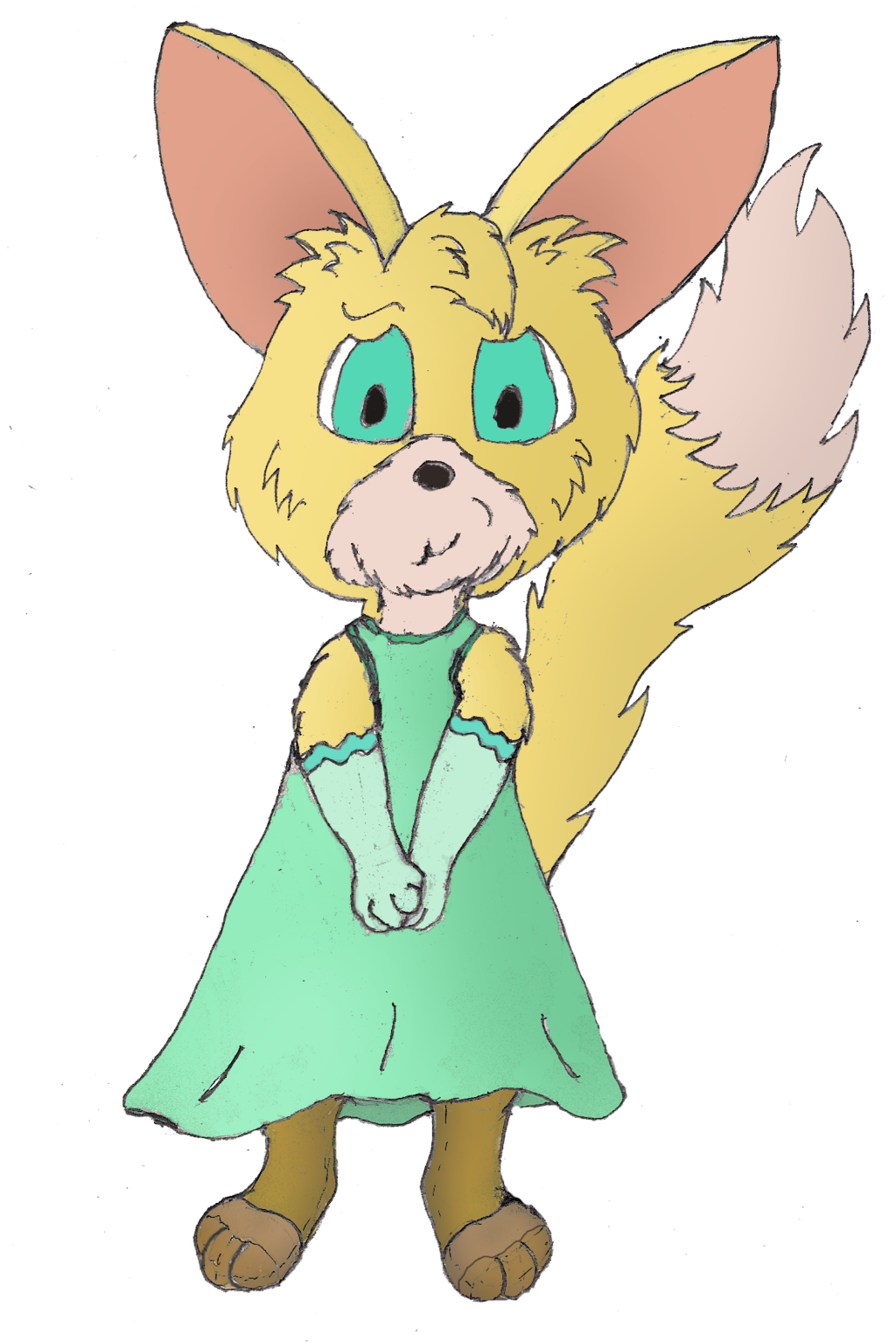 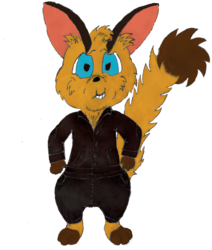 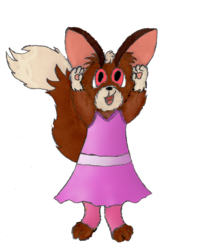 After looking through all my other Ferren character drawings, I noticed I was somewhat lacking in really "cute" Ferrens. So I decided to rectify that. XD

Mirlice 'Mn'Shuii is roughly a couple of Ferren-orbits (a little over three years) younger than David, and is one of his best friends from school. Aaaaand she may or may not have a crush on him. XD

I ALSO decided being that Ferrens are aliens, I should start giving them some alien-sounding names. XD I imagine that one or more of the Ferren languages might cram consonants together that normally wouldn't be in English, like "M" and "N", hence the 'Mn' in her name. Basically it would be pronounced by starting with "Mmm", as though doing a Homer Simpson impression, except ending the sound with "nnn". I deliberately made it hard to pronounce to sell the "alien-ess" of it. XD

Her native tongue is a Ferren language called "Chit'nkc". To English-speaking ears it might sound a a bit like a mix of French and Hawaiian but with a lot of those strange consonant combinations I mentioned, some of their shorter words even having no vowels at all. Depending on the dialect, Chit'nkc speech may even sound like the "yips" and "chirps" you'd hear from a chipmunk.

Despite Mirlice's language being different from David's heavily vowel-emphasized native tongue, being the extremely multi-lingual dork that he is he has no more trouble fluently speaking her language than he does half of the Earth languages he's learned. XD