Just a couple a' chicks. by Umbra.Exe 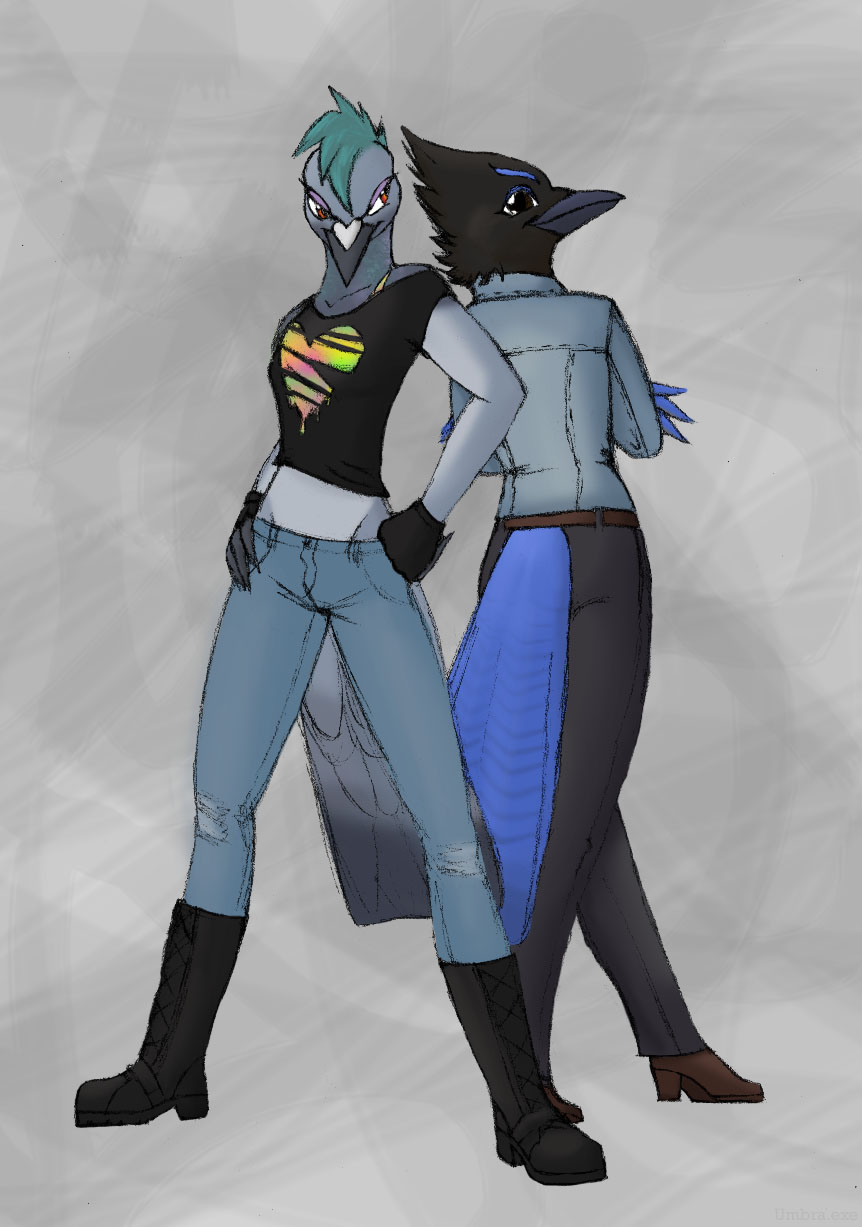 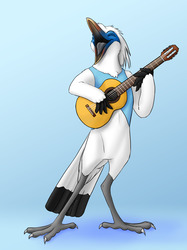 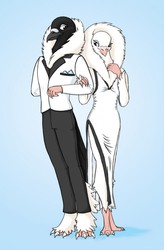 Just a couple a' chicks.

Finally finished these two gals! A bit more anthropomorphized than my other characters... I had to design outfits for once, which I am terrible at >>;

Anyways, the pigeon on the left is Maya, and the Steller's Jay on the right is....

I may rename her later. But for now that's all I got. (Maybe Jenny? Not sure.)

I've been wanting to draw a Steller's Jay character for a while now, but my first attempt was rather bad. I was reinspired after a little vacation trip I took last week.

And hey, another pigeon! Maya was kind of made on a whim, after goofing around with trying to make an avatar in Second life... Trust me, she looks much better in drawing form.

I also tried making a background, didn't like the plain white... Not sure this is much better though ^^;

Anyways, hope y'all like these two! I'm quite happy with the way they came out.

This is probably one of my favorite works from my old gallery. I should draw these two more often... I'm not sure why I haven't done so.

I think I will keep the jay's name as Stella, since now I want to use the name Jenny for another character.

Also, I still goof around as Maya on Secondlife sometimes, haha. It's been months since I last signed in, though.

And yes, I know that title pun is terrible. ;v;