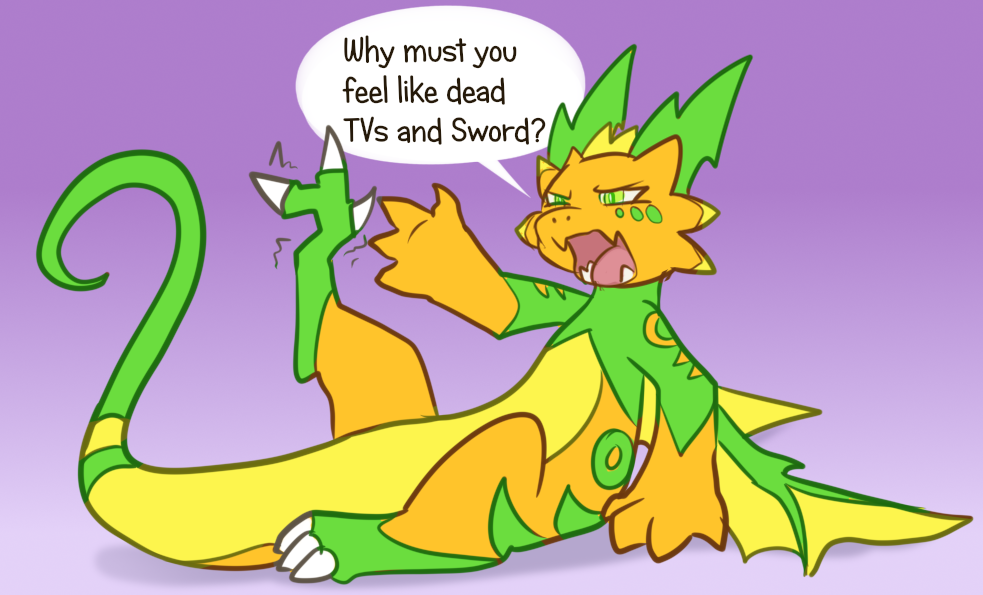 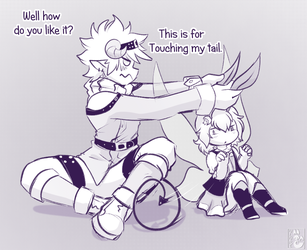 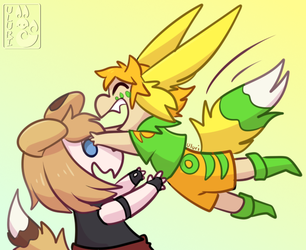 Alrighty, I can make a full update now on this whole issue! Like... a month and a half ago I got beat up by a Thorn bush as I was casually walking, ploop also fell. Wonderful. (Stupidest sounding ever, I know) So I got the ouchies where I couldn't walk it was super painful. Gosh darn it felt like Swords and tingled like TVs. So I went to the doctor for it to be looked at (deemed sprained ankle). Was getting better after a long time stuck in bed and then PLOOP AGAIN! Knocked my ankle lightly right where it was hurt the first time. Down.

Let me tell you how pissed I was at myself. I can't even describe how mad I was that I was walking around and then suddenly had to deal with the feeling of leg swords and be confined to a bed for a bit again. Stupid frikken Ankle. If My ankle was a sentient being I would have punch it in the face for being such a butthole causing me pain when it didn't need to.

SO, now I'm back in my chair a few days after the second bump. I went to the doctor again for a follow up because HOLY FRIK. But it has gotten significantly better since the second bump, and was even able to touch my ankle without massive pain. And I am sitting here doodling this and typing this just to vent about how stupid my ankle is. It was really dumb. it's the dumbest thing ever and I can't believe all this was caused by one angry thorn bush that snagged me.

I'm moving more comfortably now, and I've been getting back on track slowly, so do expect to see more of my regular non-sketch artwork in the future. I will also probably have to take up some commissions irregularly to make up for the last month.