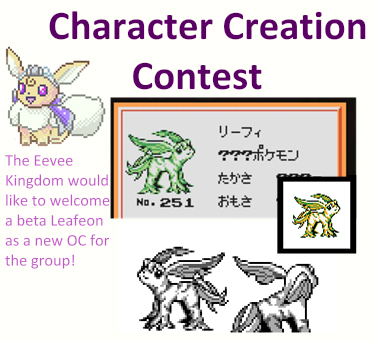 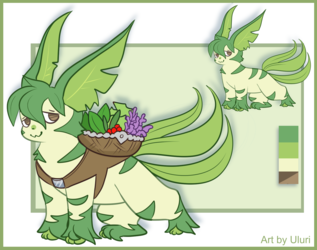 Enter by Commenting a link to your Entry in the Comments Here, (or on DeviantARt).

We have a mini Contest open to create a New Character for The Kingdom! Our new friend will be another Leafeon, but one who is a distant relative to the Leafeon we know, a Beta Leafeon. And look, because on the Leafeon chart when we named all our mascots, we'll be using the name Kiwi because it tied during naming. Oh! I do hope that we can all get along with our new friend!

At the top is an image of the Beta Leafeon Sprite, and various colorations of the sprite. It is up to you to create an original Beta Leafeon Character for the group to use. If you are curious as to what this Beta Leafeon is, a few months ago the Beta Gold and Silver games had their pokedex's leeked and it revealed a large amount of "Pokemon that could have been". You can check them all out here. bayleef got one heck of a make over!: i.redd.it/5pi95s5b8b111.png