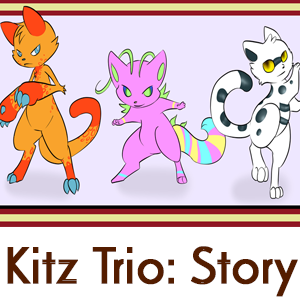 Enter the Kitz Trio adventure Team, still unnamed and unknown, into the Grand Alleyway Cafe in the Area of Aurebrun.

"I don't get why we have to stop here. There's too many people around," Tapix sneered.

"That's the whole point, tapix. We can gather local information this way in hopes of finding a hint to the location of Zumatan," Corvex responded.

Dragon, already wandering off, forgetting while they're here, "The food here looks really nice!" Dragon presses her face against the glass pane at the food counter staring longingly at the food. "Those tarts look sooo good," she said drooling, "but it's so expensive!"

Behind her another cat overheard. "I'll buy it for you!" he said.

He responds, "Yeah, it's no big deal." The two of them set down together at a table each with a tart. The other cat (Rone) asks, "So, what brings you to the Alleyway Cafe?"

Dragon takes a bite of her tart, "I'm part of a... er- sort of Adventurers team. We're trying to find a certain item right now."

"Adventurers?" Rone says, "So, you've been Living the life of Treasure and excitement? That's really cool."

Dragon smiles and says, "Actually, this is our first adventure. I'm hoping it'll be like that one day, though!" Dragon finishes up eating her tart, "But right now, we're having trouble finding what we need," She looks down across the table at his food, "um, hey, you haven't eaten your tart."

"Oh!" he says as his face reddens, "You can have it." He pushes the tart across the table.

Rone looks off to the side and says quickly, "But, you have to promise to come back and tell me about your adventures."

Tapix then looms over the dining table. "Hey, we're going," he said abruptly interrupting their conversation. Dragon turns to him with a sad look in her eyes, "But I still haven't eat-" Tapix interrupts her again, grabs her in one arm and snags the food from the table. He chomps the tart down in a single bite. "Now it's not a problem anymore," he says agrivatedly. He then turns to walk out the door of the Cafe, with Corvex following along side.

Corvex says to Dragon, "Sorry about the interruption, Dragon, but we ARE a little pressed for time, as you know." Rone, mesmerized by the sudden events, was silent as he watched the trio walk out the door.

Rone's friends, Tanto and Toni, come up behind him, "Wahahahaha! Shut Down!" Toni says jokingly as he nudges Rone. Tanto comments in a draggingly depressed tone, "You'll probably never see her again." 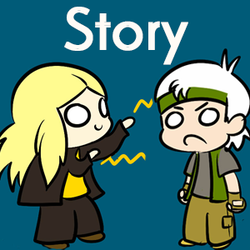 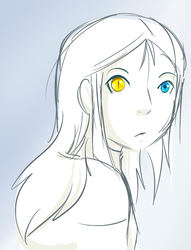 Chapter 1: A Title that has something to do with Pastries
Characters: Dragon, Tapix, Corvex, Rone, Toni, Tanto

Author's Note: I don't know how to start off a story. XD I hope I can write more for this. I'd like to actually
work on making this into a short story, and possibly animate it one day, maybe... maybe.