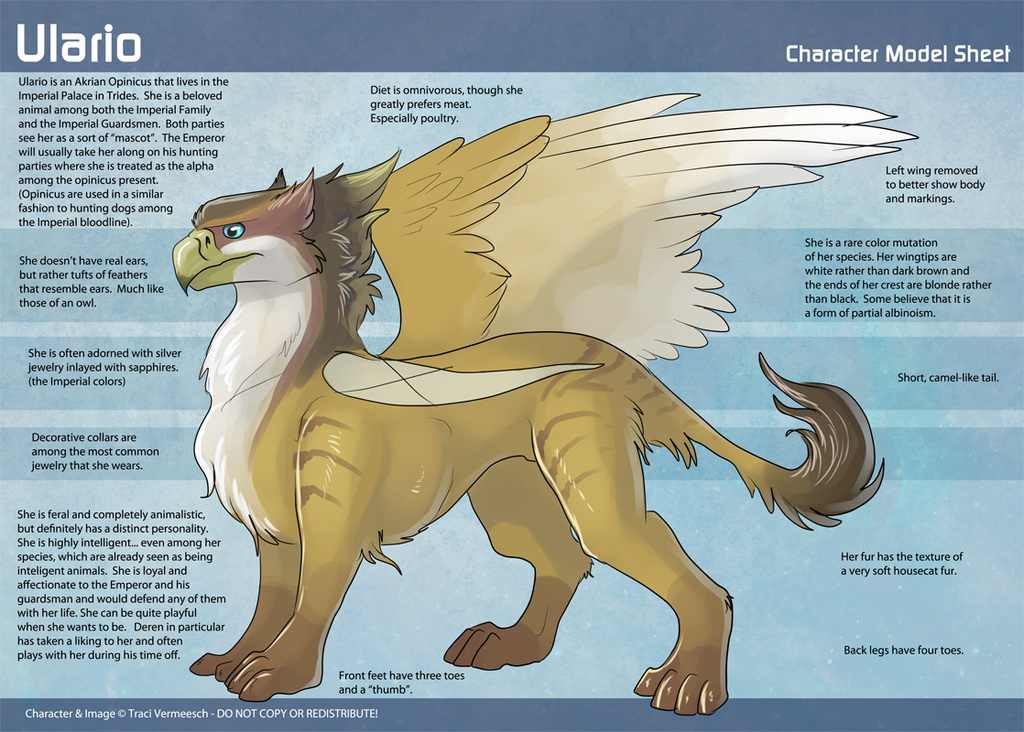 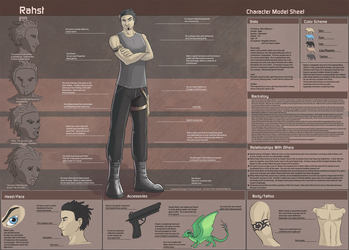 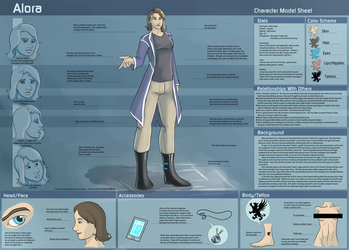 I FORGOT TO PUT THIS ON THE SHEET She's only three feet tall at the top of the head... about the size of a medium to large dog. So that should give you an idea of size.

Soooo if you're been following my personal work, you've probably noticed that for the last few years, I've been moving away from straight-up "furry" characters in my stories (not including the handful of alien species that I have that could be considered anthros). It's the direction that I feel like I've been going in as a person.

That often left me wondering how my old 'fursona' could potentially fit in my science fiction galaxy the way that it is now. After much soul-searching, I've found the answer.

Even though she has been redesigned into a feral, some bits and pieces from her previous self showed up in this version... such as the white wings and blue eyes (both of which would be unbelievably rare among this species).

This picture is meant to focus on my notes about the character and/or species and putting a definite design down on paper rather then writing a masterpiece. I usually catch most typos, but some slip by me. If you see one and it bugs you, please send a note rather then publicly announcing it. Thank you! There are most likely a few typos here because Photoshop has been sticking on double letters lately.

Yes... I do take commissions for character sheets like these. For any species... human, animal anthro or otherwise! Go here for more info - http://tracivermeesch.com/cscommissions.html

Image © 2012 Traci Vermeesch-Vezina
DO NOT copy, alter, repost, etc without the consent of the artist! Character/Image are NOT public domain!
Please think before you type...
and please read before asking questions. I will no longer be answering questions that can either be answered by simply reading the image's description or by spending 5 seconds to Google the answer.