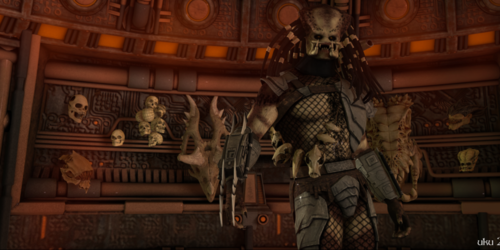 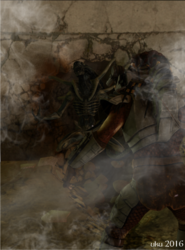 This was the result after discovering shaders. I had to go play around with it while making a request. It was difficult when trying do other and idea just sneaks somewhere. Though with this I'm glad of that idea and trying it out. After all... don't you agree that race way advanced than humans are ever could carve one cystal piece, make it unbreakable and put it display without any supporting wires? I think so.

Background photo from my own stock

Daz Studio 4.7 | paint.net
Alt. angles and such in varjoplaneetta.blogspot.com/2015/04/21/glorious/
I know I should have added random visitors there for contrast to show how big the place and the statues actually are.