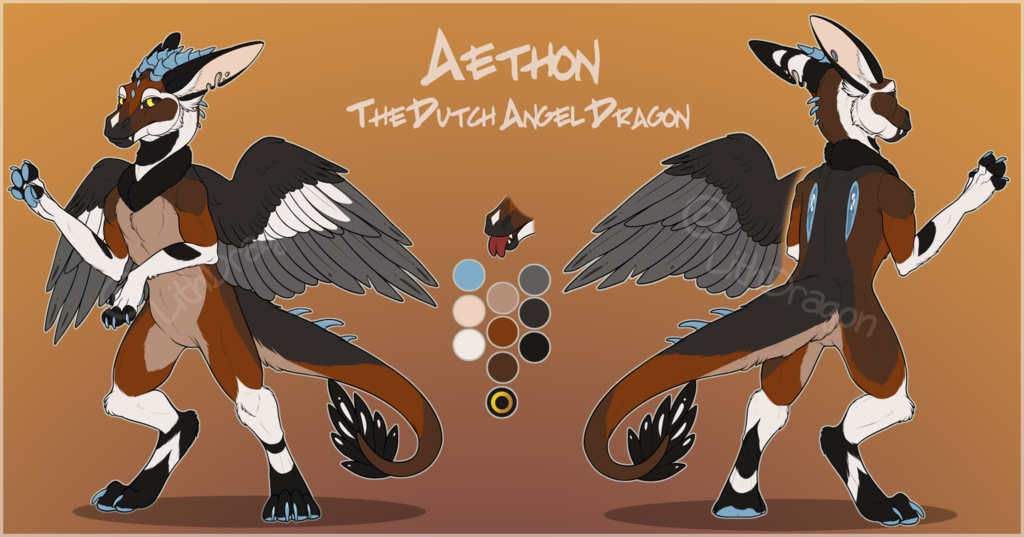 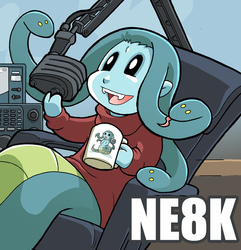 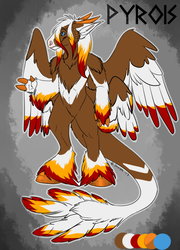 The origins of Aethon:

Aethon is an celestial steed who once was one of the four immortal steeds that pulled the chariot of fire for the Greek god Helios across the ancient skies of Greece. He is capable of managing the elements of fire and light due to his close proximity to the sun of Helios. His eyes are yellow and reflective of the light of the sun.

A lost conflict with the god of Chaos, known in Grecian lore as Ares, left Aethon worn and spent, and Aethon has lain dormant for centuries. He has only now just been awakened to discover a changed and very different world.

His master and friend Helios has vanished ; His fellow angel dragons who flew with him and the chariot of fire are missing...

Aethon was once a powerful Dutch Angel Dragon of deep emotion, but is now tempered by the din of battle. He has visited the great halls of paradise, and stared into the darkness of hell. Aethon has touched the very face of the sun, and flown ahead of its blazing glory. Aethon has the stamina to survive it's heat and light. Aethon was stolen from Helios by the god of chaos, Ares, who coveted the speed, strength and stamina of the sun dragons. Ares enslaved Aethon as one of his immortal steeds and rode him into battle to great, devastating effect. It was there, within that careless, chaotic war between Ares and the other gods that Aethon was struck down. He has lain dormant for over thirty centuries, trapped on the very edge of Aether near the very pit of chaos, where the din of an immortal's war never fades.

Over time, the war has become forgotten, and the battle field has given way to grass. The ancient gods of Greece have come and gone, and now it is a peaceful place where birds sing, people come and go, and men build villages and roads nearby. It is however, a place within the Terra that is still inextricably attached to the Aether by the cataclysmic war of the gods. Some humans have felt the connection and declare it to be a haunted place. They occasionally hear the sobs of Aethon's anguish, transmitted across the span of thirty centuries.

It is now the twenty-first century, and Aethon has been regaining energy slowly over the ages. The angel dragon is physically healed, but remains trapped in sleep. In his slumber, he hears sounds that have changed slowly over the years - sounds of horses, sounds of men, the distant clatter of wagon wheels that give way to steel and steam, and the sounds of the modern machine. These sounds float from the Terra into the Aether like echoes of ghosts. None of the sounds are recognizable. Occasionally a sound of a child's laugh, or the gentle voice of two young lovers make Aethon's eyelids flutter, but it is so quick and fleeting, and soon vanishes. Nothing can replace the nearby echoes of chaos or the sounds of a long-forgotten war that still echo around Aethon.

One day, a new sound crosses the Terran grassy plain: One that originates within the sphere of Terra but floats across the Aether like a chiming of a bell. It is a new sound, but one that peaks ancient recognition of even the times before ... Some time before the dawning of chaos. It is a whistle, mixed with the innocent laughter of a child, and it rises and falls in pitch. It tweets and trills like a bird, then rolls deep like thunder... It brings the sound of joy that drowns out the shuddering sobs that darken the land surrounding Aethon. What is it? What is that sound? It seems aware of the sleeping dragon, for it turns abruptly, and circles around Aethon's inanimate form. The sound! Aethon's mind is roused from its slumber as the images of war begin to fall away. The sound itself tugs at memories that have been buried for centuries. It changes it's tone, and becomes louder, more shrill, and Aethon begins to slowly awaken for the first time.. He hears echoes of the sun chariot within that mysterious song! He feels the heat of the sun, and the wind as it lashes across his muzzle. He hears the twitter and warble of the song, and smells the sweet terran grass again for the first time in centuries. He had forgotten the smell of grass!

Aethon opens his eyes; The brilliance of the sun startles him, and he still continues to hear the singer as it sings him out of his slumber; Sings him back from the brink of Chaos. Sings away the mist of death, anger, sadness, and eternal regret! Aethon sees fuzzy images but cannot yet make it out. He smells... a familiar and comforting smell, and feels the warmth of another's paws that stroke his muzzle. The song now falls to just a murmur as he begins to finally recognize its source. As Aethon rises for the first time in eons, he sees standing upon that grassy field the fellow angel dragon. She is one he had long-since forgotten and she has remained unchanged and unblemished: She is the one he used to call friend when the world was still very new. She has rescued him!