[AOT] Meeting the Horsie by TwistedWytch 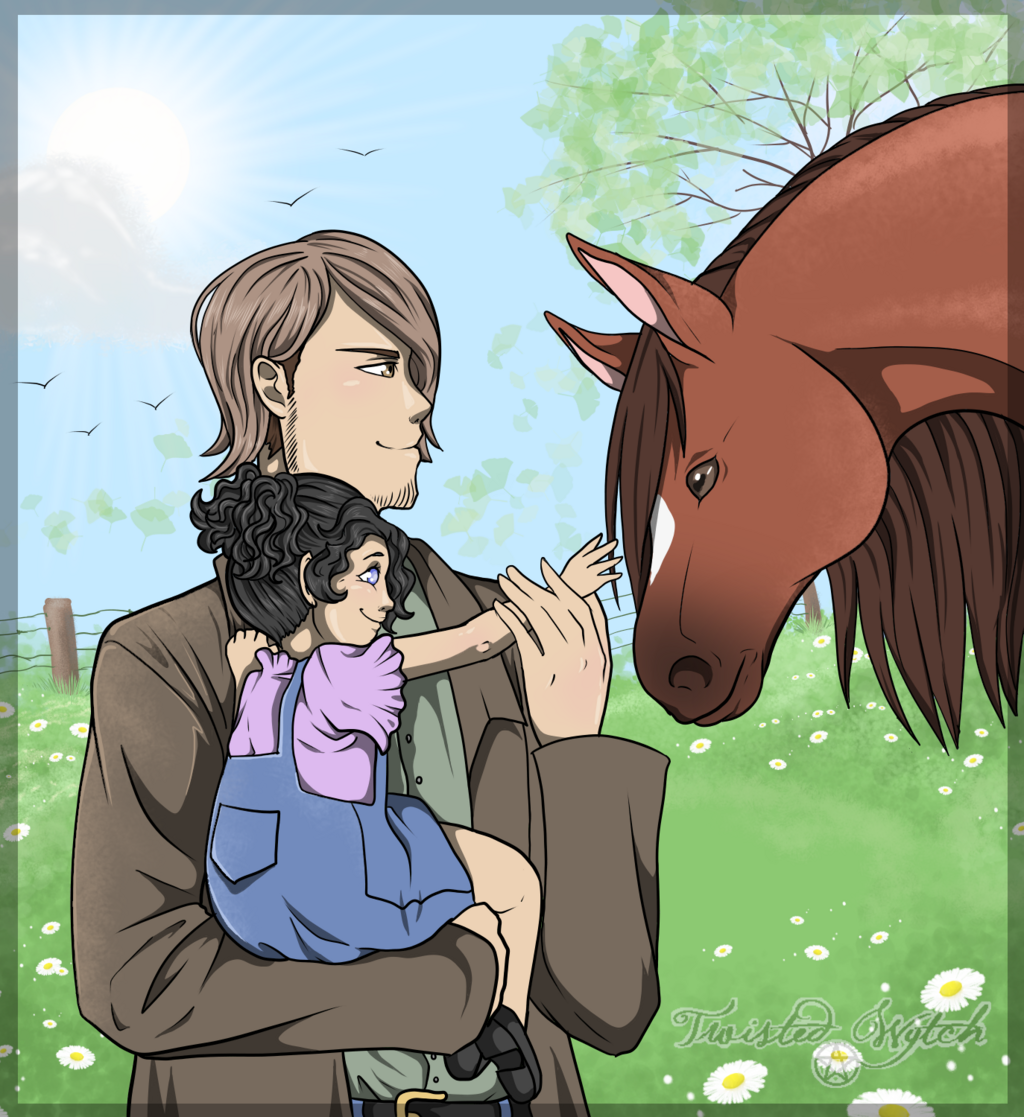 So, I had this idea in my head after talking to my hubby about it, and I decided that I would give my OC for Jean a daughter named Rosette. Only thing is, the girl is almost completely blind. When I thought of this I also started thinking of the cute things that Jean would do to teach his daughter about the world, and one of those things that came to mind was meeting the horses. So that's where this picture comes in. I drew him guiding her hand over to gently touch the curious animal.

So a bit of backstory real quick. Jean and his family live in the city but own a horse kept out in the country stables. Jean frequently visits his beloved stallion, enjoying a nice relaxing ride. When his daughter is born, he begins to take her as well. Brigette goes on occasion, but she isn't much for riding horses. Still, it's nice to pack up a picnic basket and spend the day away from the hustle and bustle of the city life every now and then.

DISCLAIMER: This is an AU set in the normal world, not a titan one. It is also an omegaverse. If you don't like this sort of thing then leave. Any and all rude comments will be marked as spam and the user blocked. Thank you for understanding.