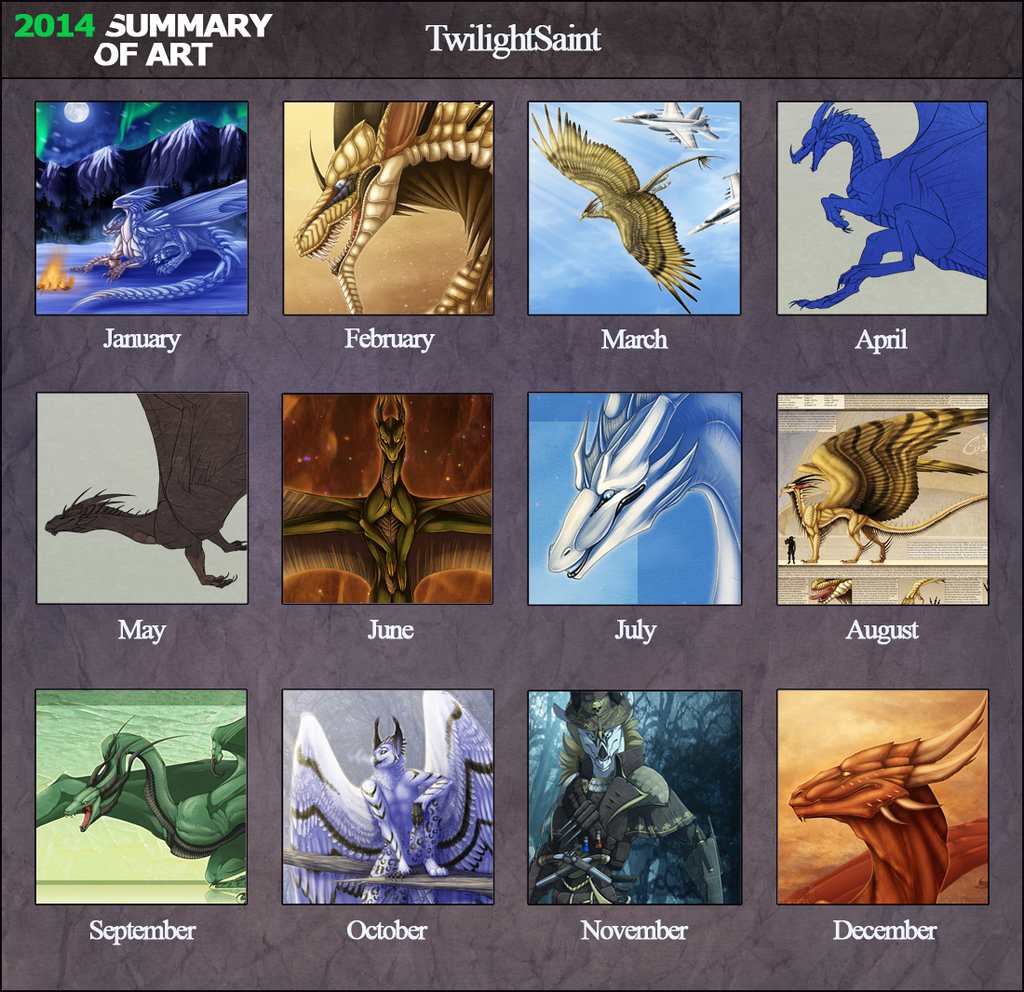 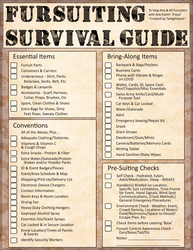 2014 year of artwork recap of some of my pieces this year. There were many that I wish I had additional boxes for, especially in the later part of this year, but I think this shows a pretty good summary of some of my favourite pieces and those in particular that I think show improvement in various ways.

When building this, I found a gap between February and May...March and April had no artwork done since I was away at OCS, (I had some sketches, but no digital work.) So I put a piece done in the later part of February in the March box, and a piece done in early May in the April box.

Some pieces are commissions, and some are personal work. If you commissioned me in 2014 and your piece is not here, it is NOT personal. Like I said, I chose these pieces to show good improvement as well as variety, and there are many others that I wish I could have included!

The last time I did one of these was in 2010. I really ought to get in the habit of doing these more often. I usually just forget to.

Anyway, thanks for looking! Happy New Year, all!
:iconTwilightSaint: