Personal - 2016 Summary of Art by TwilightSaint 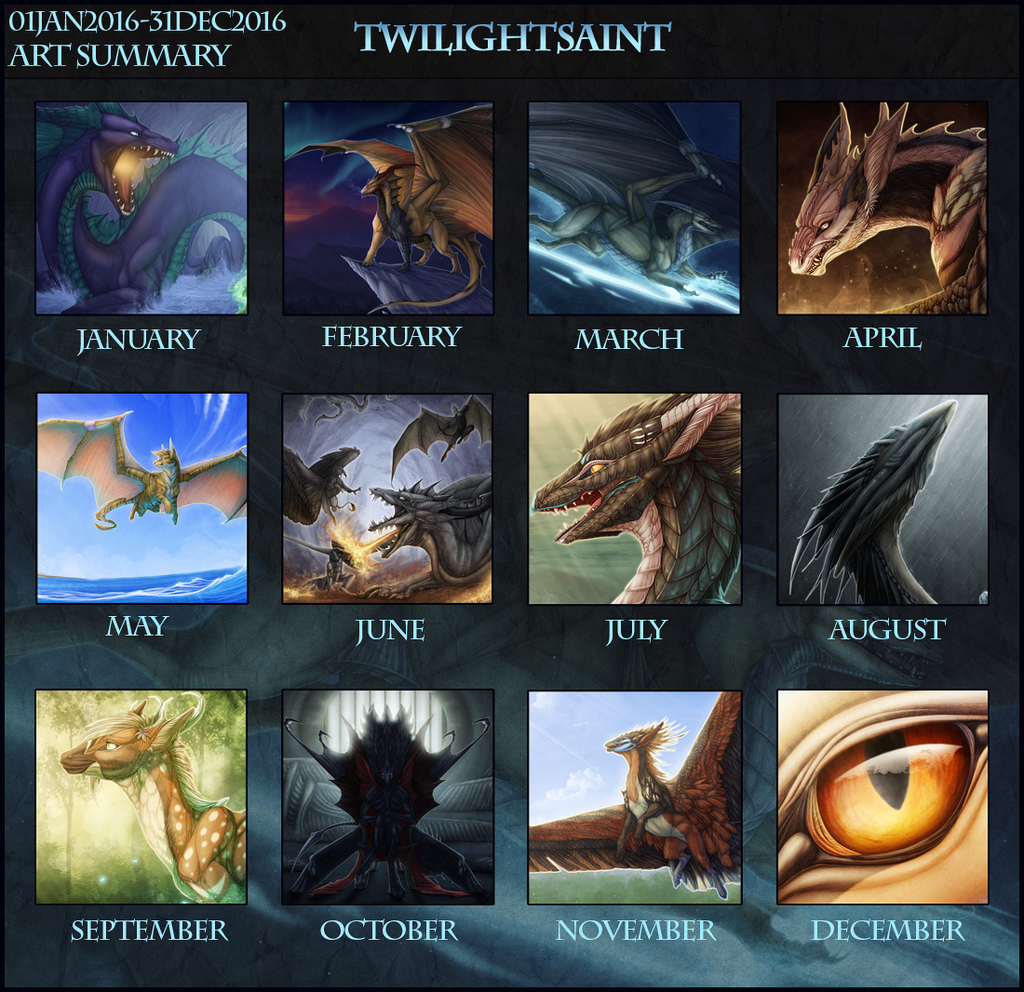 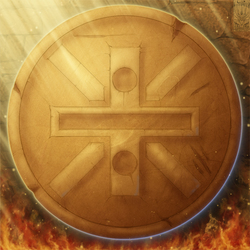 I always enjoy getting around to doing these. It's fun looking back over the year at the works I've created, and it's fun as well to go through past years' summaries to reminisce on some collections of older, albeit still favorite, pieces.

This year definitely had its ups and downs, (due to the prevalence of reminders in other forms of social media, I shall keep this art-focused from my little Twilight Zone - RIP too many talents this year.) In terms of artwork, there were periods of unrelenting time to work on commissions and personal artwork alike, to periods of being so busy where the only art I could do was on the backs of the flight plans and weather briefings given to me just prior to a flight.

The times when I was able to sit down and crank out art, though, made the busy times all the more worth it! I've said it before and I say it again, I'm continually blown away by all the awesome people I meet and characters I get to work on in commissions! 2000 commissions later, you'd think I'd have worked on a huge variety of characters and designs already - and I sure have, don't get me wrong! But every time I reopen commissions, I'm always excited to see who or what I get to draw next!

Some of the major things that I've continued working on from last year has been my Lineless work. 2015 was the first year I got it back after a several-year hiatus from the style, and I've definitely honed it a lot more in 2016, a feat I'm very proud of. An area of focus that is always a favorite of mine, too, is working on anatomy. I feel I've taken that to the next level this year, going so far as to create several full anatomy guides, with many more on the way!

And a huge part of this year that I would be remiss not to mention...is fursuiting, dancing in particular! Just last year, I made it into the finals of FWA, my first dance competition ever. Then in 2016 alone, I made it into FWA again, Anthrocon, Megaplex, and MFF - FWA, AC, and MFF being the LARGEST fursuit dance competitions. And to whom it may concern, for the largest fursuit dance comps, I didn't even need a sign to make it through the cuts and into the finals.

Probably the two biggest boosts to my confidence were Anthrocon and MFF. AC was REAL, I don't even know how else to explain it...other than it seemed like a dream, unreal at the time. Just over a year prior, I'd danced in fursuit for the first time, and then I found myself on stage at the biggest dance comp at the largest furry convention in the world. It was beyond a blast to have that opportunity, and really told me that my hard work had paid off.

Next big boost was MFF, which is again, one of the largest conventions and dance comps, (MFF attendance just barely skirted Anthrocon's in 2016!) Some may already know, but MFF was my last big convention - and possibly last convention period - before I go overseas with my squadron. To make it into the last dance comp I'd be able to attend for a long time felt and feels awesome. After the cuts were announced and I heard I'd made it in, I just felt a huge wave of ease wash over me. Not relief, but ease. Like, 'Okay, yeah, this is happening, this is good.'

On that note, just because I'll be overseas does NOT mean I will be any less active online. I am able to bring my tablet and art supplies, (and possibly even a fursuit, depending on how much room there is in the cargo...) and I definitely, definitely plan on continuing to offer commissions. Y'all should know me by now - I continue to crank out tons of full illustrations and pieces of artwork even while I was getting my Wings - I'm used to busy by now, and that's not gonna change. B)

One big thing I do plan on, for lack of better terms, improving this year is...the amount of personal artwork I do for myself. Granted, fursuiting and dancing could be considered a form of personal art, definitely, but I'm talking about REF SHEETS, EPIC SCENES, just more ART of my own characters. I realized that, while gathering the pieces to include in this summary, I had a stark decrease in the amount of personal art compared to past years.

While I can't guarantee I'll get around to doing Ultimate Refs of every single character this year, (haha, I think I've been talking about that, for, what, the past four years?) more artwork is definitely on the plate for my babs. I have a document brimming with older pieces of them I still need to post, as well as prompts and ideas for scenes I definitely have in store for 'em. So keep an eye out for familiar faces this year, as well as a few new!

And lastly, I just want to offer a big 'Thank you!' to everyone who has followed me over the years. The continued support of returning commissioners, frequent commenters, and folks I even just chat with is so greatly appreciated, I can't express it enough!
And if you're a new watcher, thanks for hopping aboard! On this flight, we'll be passing over dangerous dragons, stunning furries of all species, the rare hoomin, and on Fridays, fursuits galore! Please keep your harnesses tightened and your seat backs all the way up, as this flight frequently approaches the speed of sound-- brick'd

Haha, I couldn't help it. But, in all honesty, to my friends, watchers new and old, all I can say is thanks. :)