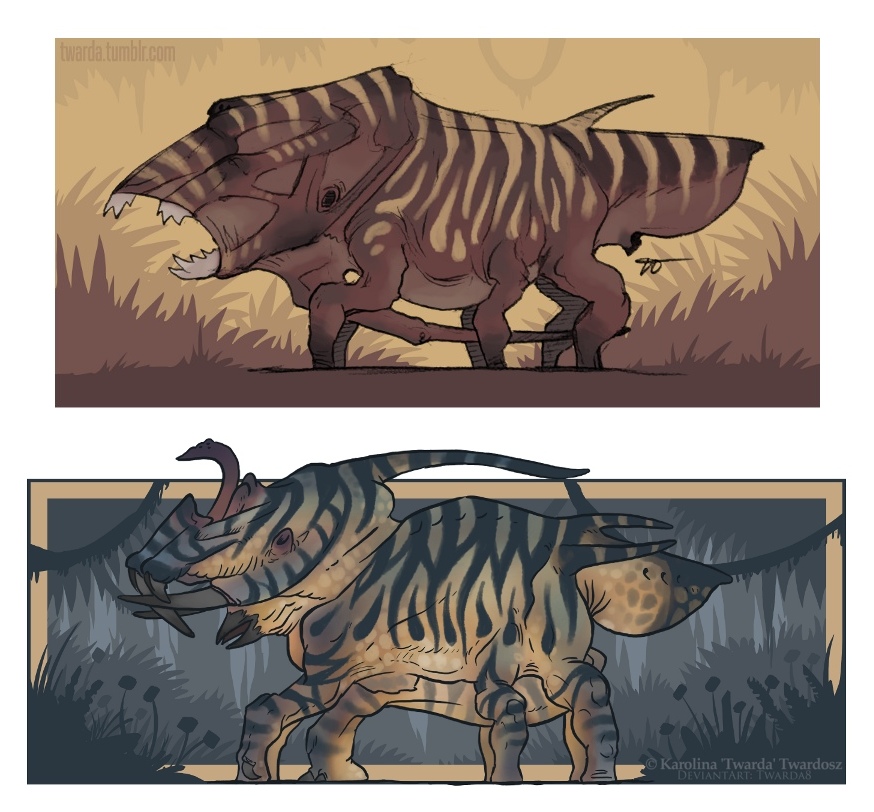 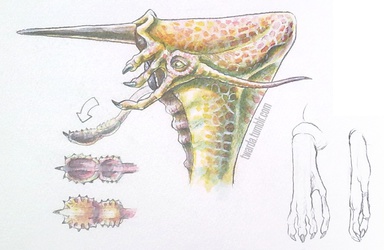 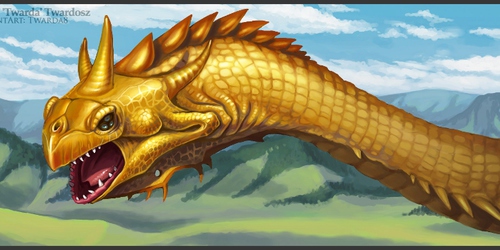 The first one is a random idea:> The part under it’s belly was going to be some kind of generative organ or such. But after a thought… Why not use Tetradontophora as inspiration. Just move the part onto opposite end of the body, reverse the part and edit it and now the critter have an interesting jumping organ. Even if this design is very interestic (inspired by cicadas) the other one (Tetradontophora) may be a good option for critter’s short legs and it’s ‘sudden attack’ life style.

The second one is named Derkiterius and it is a continuation of the first guy.

I also mixed som of my previous Tumblr creatures, I think.

I thought if I shouldn't make it another NAFU, but then I realised that NAFU is dedicated to more random, abstract, creatures, not for creatures that actually may work in life.

There are some sabertooth, maniraptora, octopus, shark, elephant parts here.