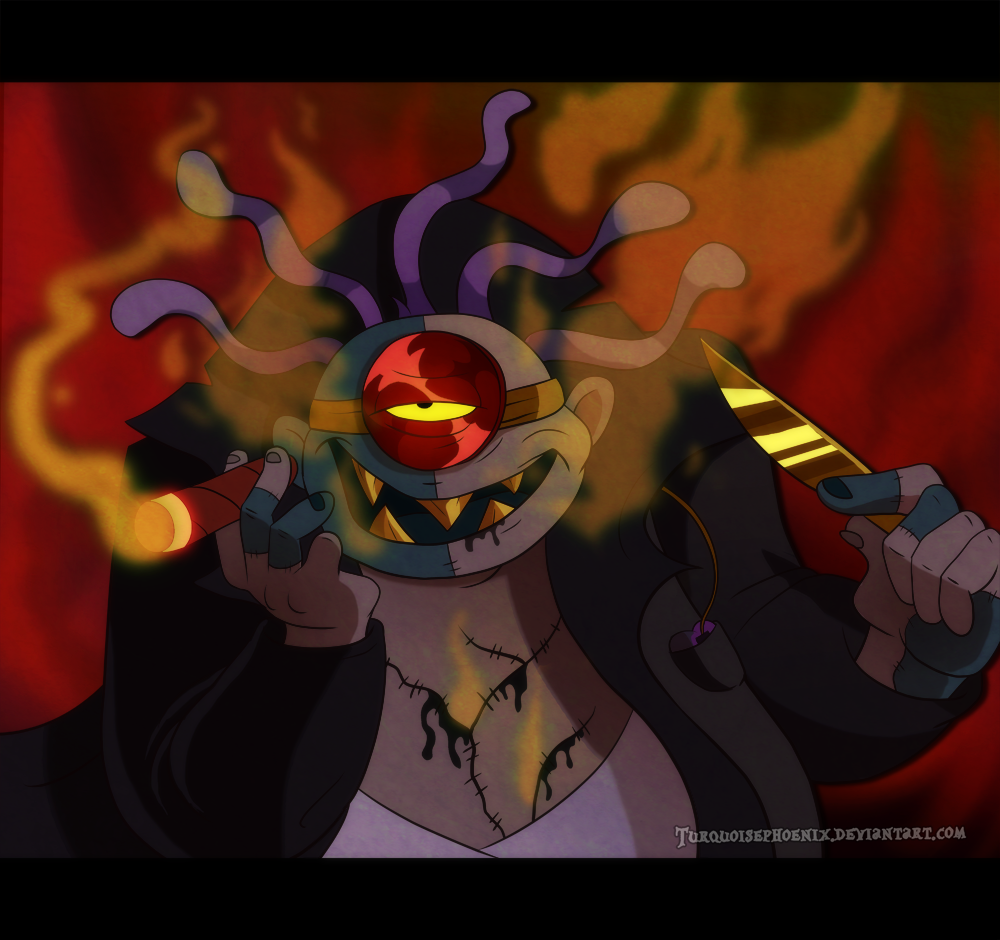 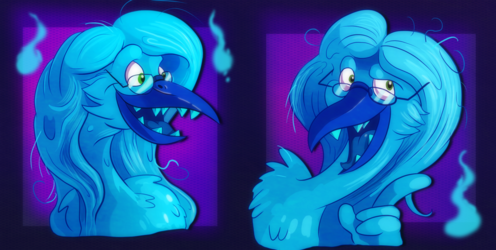 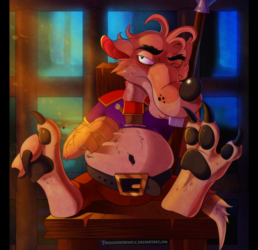 “That’s real rich, kid. Reeeeal rich. Did my loser son send you down here to teach me a lesson?”

Happy Friday the 13th! Here’s a spooky dead doctor in a fake cartoon screenshot to set the mood.

In case you were wondering why there's like, a different colored version of the happier pink doctor in my gallery, Yo-Kai Watch is similar to Dragon Quest Monsters in that pretty much every monster has a recolor. This includes the bosses, with there being a bonus dungeon that's unlocked after you beat the game that literally takes place in hell. So Dr. Maddiman has a recolor that's way harder named Dr. Nogut and it's always fun to make the recolors look different from each other.

Anyhoo, my version of Dr. Nogut from Yo-Kai Watch! He comes from an era where smoking wasn't considered bad for you!

Unlike Dr. Maddiman, Nogut has absolutely zero regrets about anything he’s done and views the world with a detached, steely malice. He doesn't even regret cutting himself open (don't worry, he was already a yokai when he did this) and using his guts in an experiment; fresh parts are hard to find in the Infinite Inferno. He’s also Maddiman’s dad (and Dr. Kagemura's granddad) and is a liiiittle upset that his beloved hospital fell to ruin under his worthless son’s care.

Needless to say, it's probably a good thing that he's been sealed away. Sure would be a shame if someone like this were to run around free...