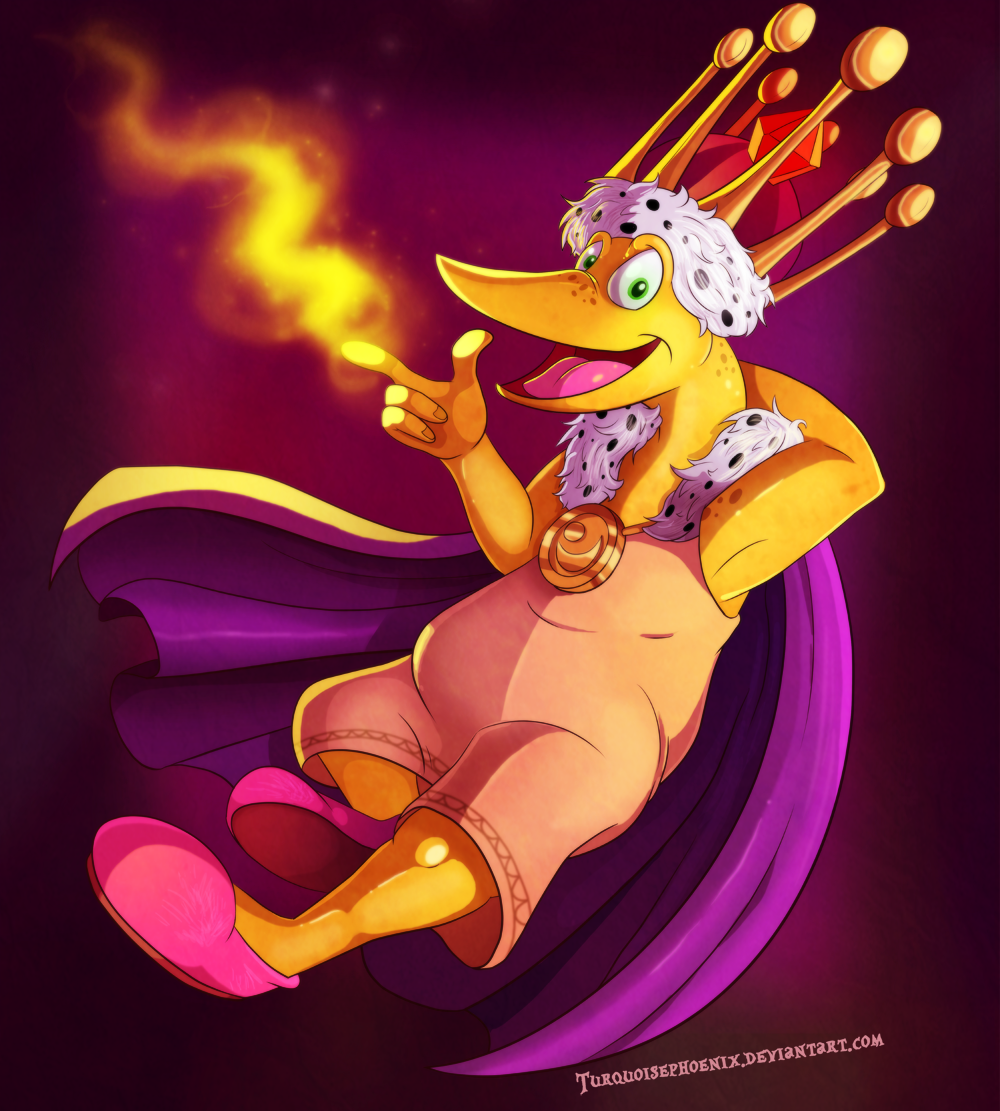 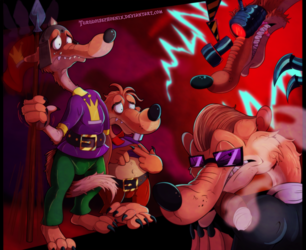 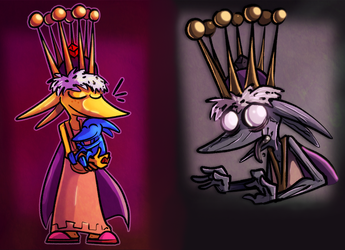 I told a friend (Altermentality) that I'd draw a King Jingaling that wasn't dead since we both pointed out in a chat that I always draw King Jingaling undead instead of living for some strange reason, and like one and a half years later, I finally draw a Jingaling, now fully living and not at all grey and craving the flesh of the living.

The last time I drew a colored picture of this guy was aaaaaall the way back in 2012.

As for the pose, I like to believe that the jinjos are the closest thing the Isle of Hags has to the fae folk of yore in that they actually have access to a lot of magic but have a more laissez-faire, "well we're on the side of good but mostly we're about having fun" brand of morality. And King Jingaling can do things like fly or summon magical beams of death, but he'd rather lay about on his fainting couch or play bingo.

And for the record, Zombie Jing cannot fly/use magic/cast anything, because his magic is directly tied in with his lifeforce, which Gruntilda siphoned off. In fact, King Jingaling's lifeforce alone would've been enough to revive a normal person, but Gruntilda needed more souls because she's an ultra-powerful witch with magic of her own AND she wanted to become a strong Godwitch with the entire Isle of Hags.

...this somehow became a discussion on magic headcanons regarding the Banjo universe, but hey, Jingaling is a magical soul.