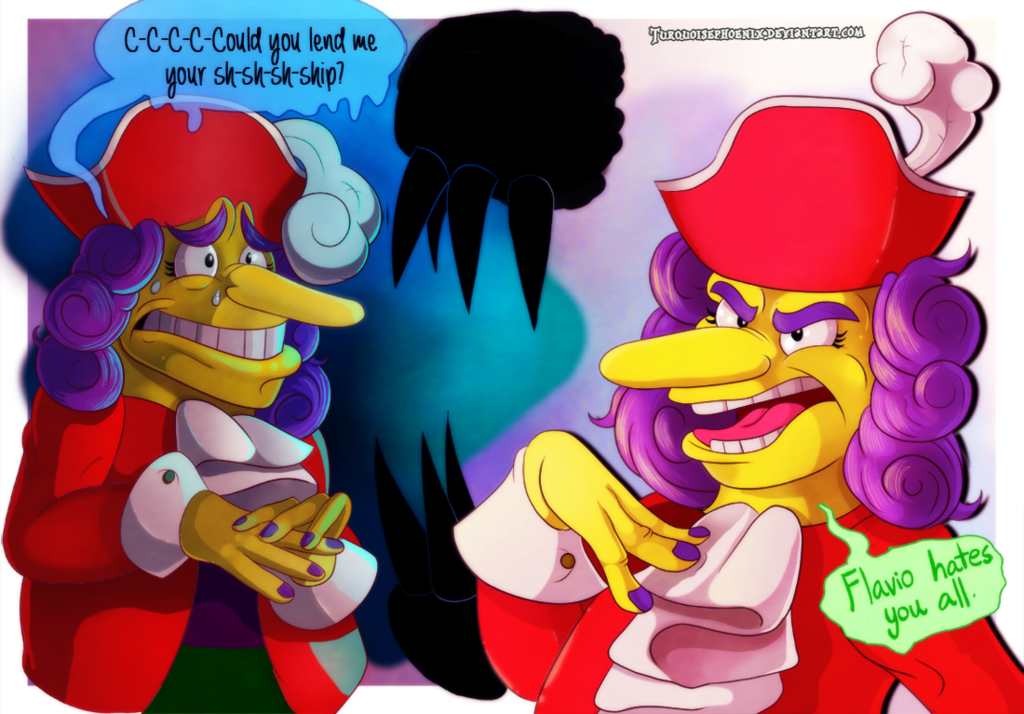 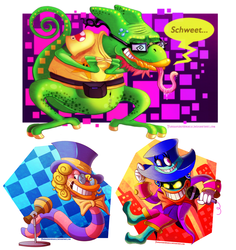 "But that will not stop Flavio! That treasure is there, yes! And I am going to prove it! For I am Flavio! Trader extraordinaire, millionaire, sailor of the seven seas!"

At least four friends dared me to draw this man, I swear! I've had several people I know go "hey you should draw Flavio". Luckily I had a lot of fun because I genuinely love Flavio.

Would you believe this is the first full colored fanart I've drawn of Paper Mario: The Thousand Year Door? Man, no wonder none of the other Mario fans want to talk to me.

Anyhoo, Flavio! If you never played the second Paper Mario game, this guy is basically a rich spoiled brat who takes you to a spooky pirate island infested with ghosts because he craves adventure and he nearly lets his entire crew die a couple times because he's really inexperienced with the whole "adventuring" thing. Also he nearly lets an old man die because he wanted to hoard a bottle of Chuckola Cola. (or wine if you play in any other language) Despite all of this, he still manages to come off as really charming? Maybe it's his genuine excitement about everything or the fact that he does dial back the jerk a bit at times.

It was really fun approaching him the way I would draw him over drawing the original beady-eyed, nugget-shaped design of him. Turns out I make the guy look really dorky and chubby, like he really has no idea what the hell he's even doing with his ship and his crew. I also tried to make him look fancy so he has eyelashes and fingernails that I'm sure he spends thousands of coins on in order to properly maintain them both.