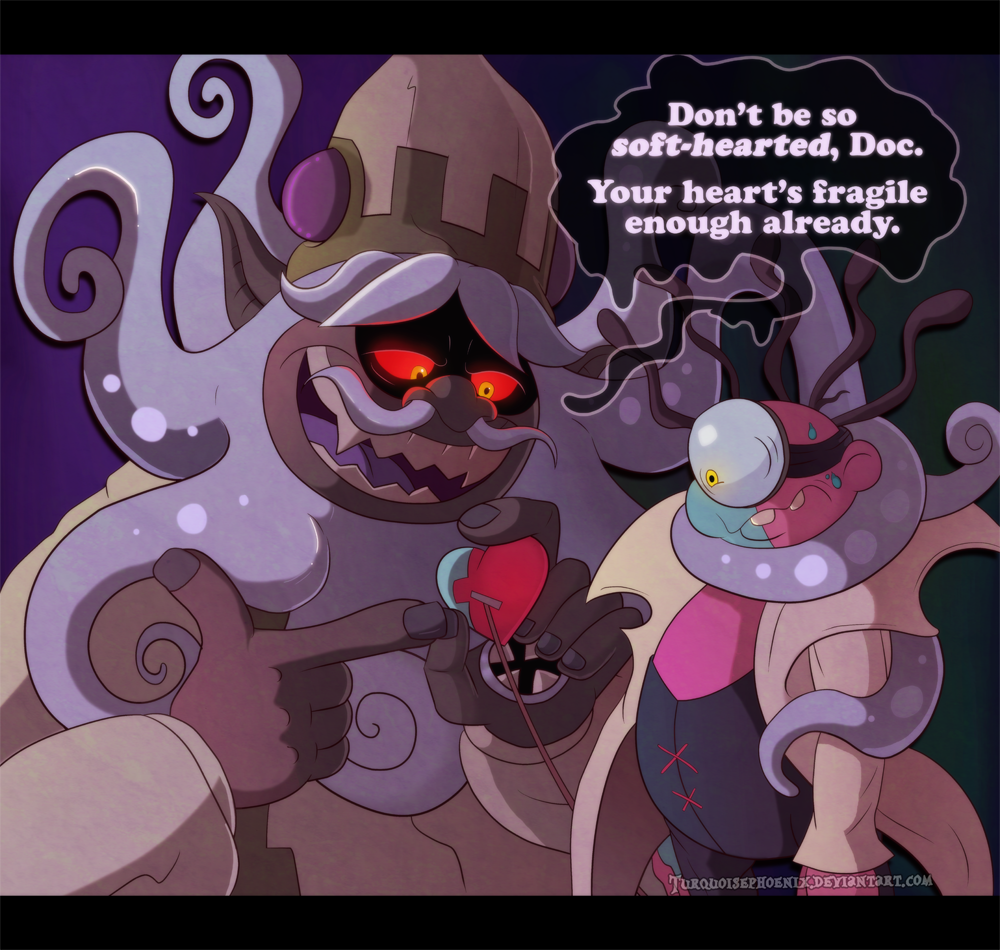 More art of Chairman McKraken the lovable squid main villain of the first Yo-Kai Watch game and Dr. Maddiman, the one-eyed pink lackey of his that would end up outlasting him in the games' stories. Also a mutual art trade with Spoonfayse. This started out as a movie screenshot like the other two pictures I did of McKraken but then I ended up getting in the zone with my shading and thus we have something that's neither here nor there.

McKraken is fun to draw, even if his face involves nine separate limbs (squids have ten limbs but McKraken's 10th limb is almost never visible unless if you're viewing him from behind) and I have to plot out my picture accordingly so I don't accidentally draw an octopus!McKraken by accident.

I also feel like 80% of my McKraken art is going to have him using at least one of his squid beard tentacles to hold/strangle someone in them. Because what good is a squid tentacle beard if you're not using it for that purpose. (and I feel the only reason he DOESN'T do that in the games is because that would be incredibly difficult to animate on 3DS hardware)

And really, the world needs more art of McKraken threatening Maddiman the way any good villain with a lackey would.