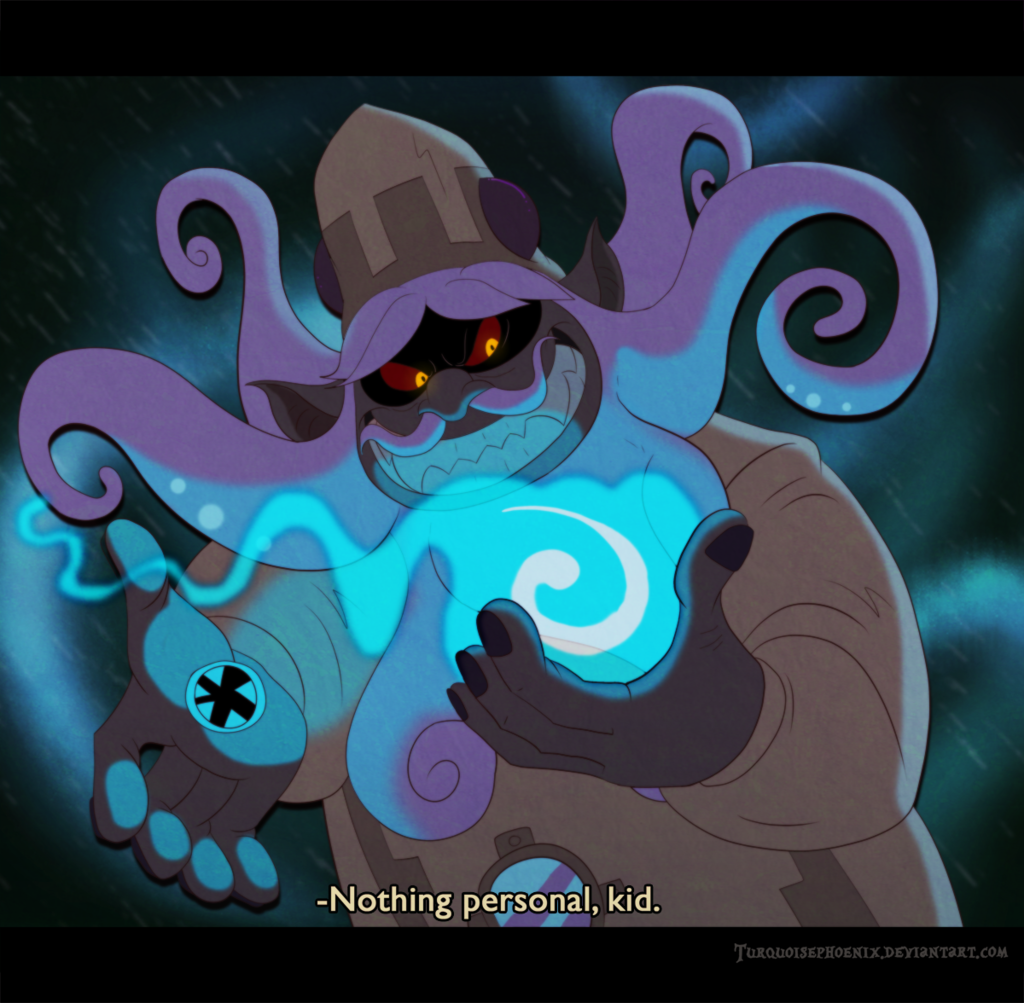 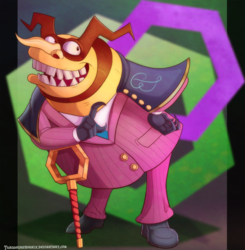 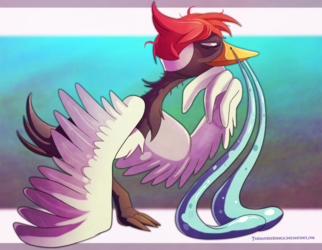 What a kind, benevolent leader. I'm so glad he was elected Chairman of the Yo-Kai World. He sure doesn't seem suspicious.
(Crooked politicians with big grins are always A+ in my book)

This character is just so much fun. If you haven't played the game, imagine a squid gaining sentience and using said sentience to drain people's souls with his lamprey hands. He also really hates humans and wants to take over both the normal living world and the Yo-Kai World (which is basically the afterlife). You sorta kill him in the first game (and after he mutated into a giant head with legs), but he's come back several times, clawing himself out of Hell itself with his big squiddy arms.

In other words, yeah Yo-Kai Watch is a really fun time. It's got this talking nightmare squid.

I decided to go fake screenshot style for this because A) I need to experiment with doing these, I've really only done this one other time and B) I feel like I overshade a LOT and over-render, really slowing down my art production.