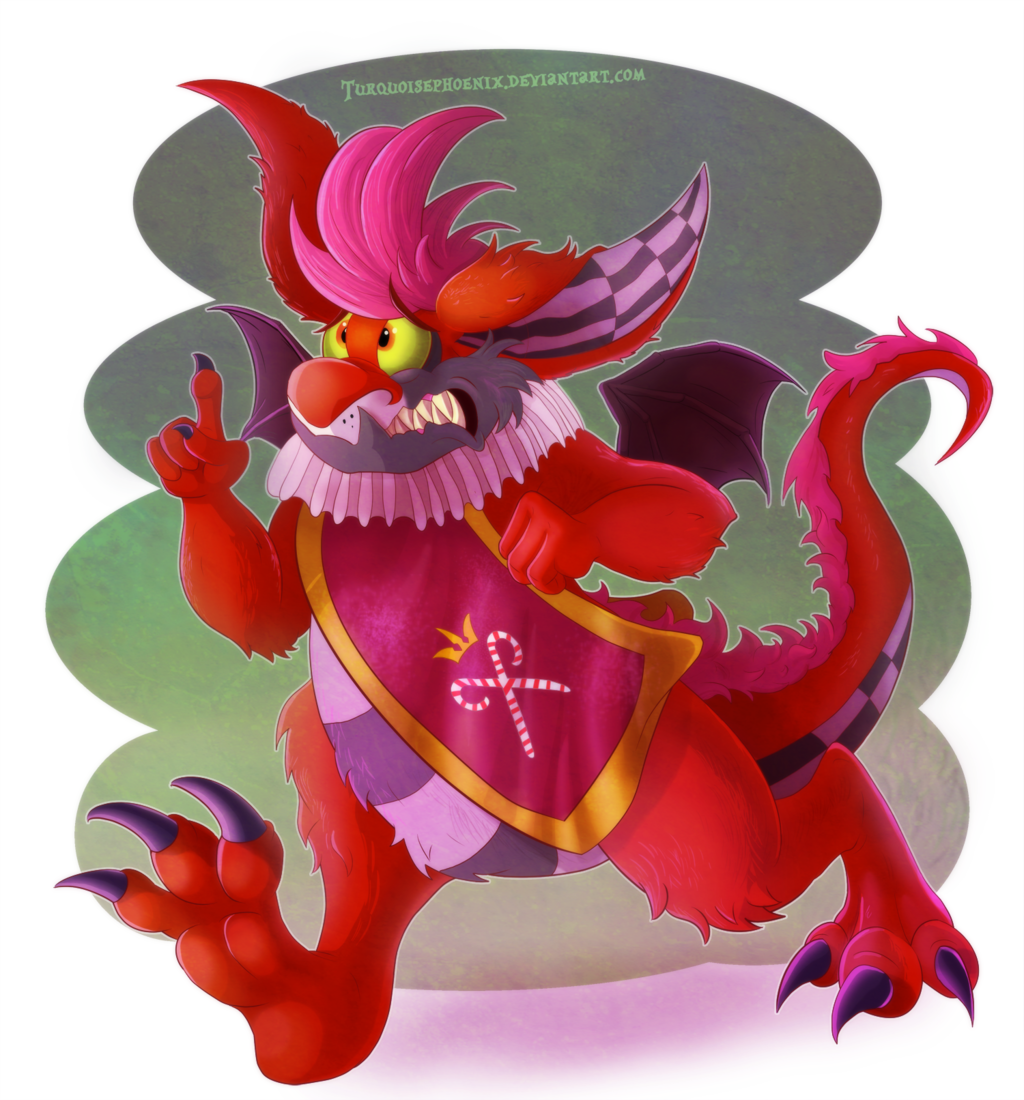 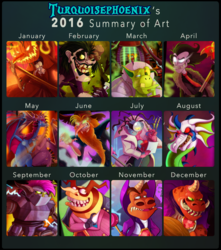 Art trade with SilverHeartCrosser. Their half is here: https://www.weasyl.com/submission/1128403/chancellor-cole-at
(and yes, if you art trade with me, chances are pretty high that you'll draw the leprechaun monster)

RIP Min T. He was fired. (as in, cooked to a delicious rabbit-y crisp)

I had an absolute blast drawing but especially coloring this character. Fat, colorful, bumbling sidekick character that slowly grows more resentful of his mistreatment until he back-stabs his boss, absorbs his data, and becomes a twisted monstrosity of a creature that is later dealt with in the most brutal of fashions is a subset of characters that I enjoy a lot.

This picture just also makes me think of the now approaching holiday season. Such a minty fresh picture.