Blossomed by Romance - Art by Espresso by TundraBirb 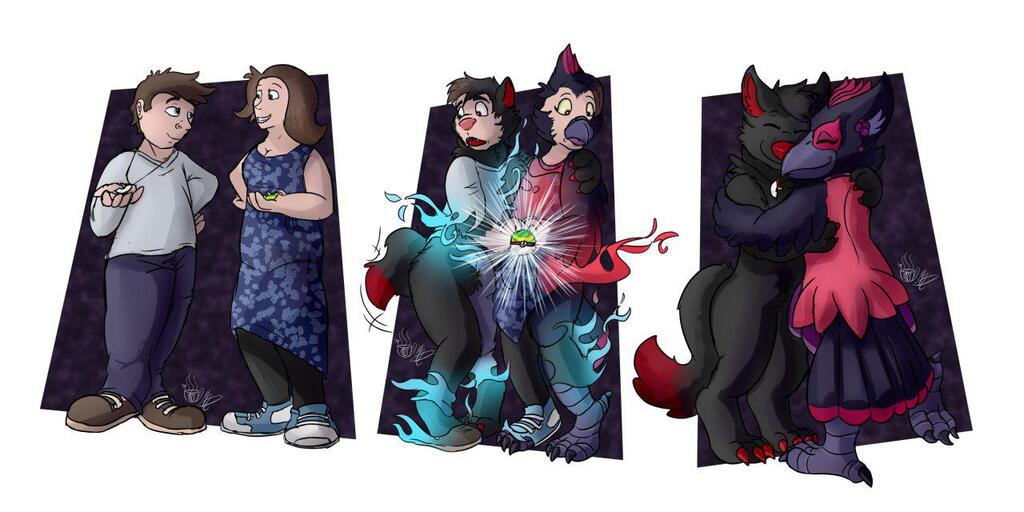 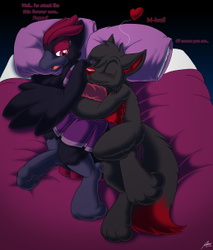 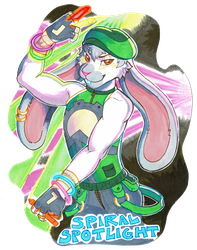 Blossomed by Romance - Art by Espresso

We had received some strange stones with a very odd radiance arising from within them. Not a terrible smell or even anything that stings with such toxin. But just, felt nice. As me and my partner held them in our hands "at first" we noticed that they appeared to be opposite halves of one another, it would appear that they had at one point been one or, maybe belonged to corresponding objects related to each piece. Neither the less we we're curious, a bit of experimenting couldn't hurt right? Besides they we're just stones, parts of debris left by the horrid remains of molten lava.

As we combined them together, they begun to radiate more, shining with a light so bright it was nearly blinding, my boyfriend suddenly became ill, as sweat dripped from his forehead. I reached a arm out to see if he was ok, not being able to take my other arm away from the pendant. I grew concerned, I began to notice bits of feathers peering out from the fibers of my skin cells, growing further and further as my arms became wings, this curiosity grew to embrace, as I noticed my boyfriend taking on similar changes, growing long tufts of fur, as his nose turns to a plump snoot with a reddish texture, his ears move from the sides to the top of his head, growing red tufts within them.

As I looked behind him, He was growing a tail, a big bushy canine limb with a red tip towards the bottom. Something wasn't right here, these changes we're foreign yet rung a bell as clear as a whistle. Suddenly. I realized that these changes we're being molded by the designs of our fictional characters, somehow. These gemstones are making us turn INTO our SONA'S! We both look at each other, in awe. As we continue to embrace the changes further. Suddenly. My dress becomes 2 separate parts, going from a blue spotted dress to a pink dress with a purple skirt with slits towards the bottom in a slightly paler purple. My legs grew the same treatment as my arms "Now Wings". As they grew feathers, from my shins downwards became big scaly things, with my toes turning to talons. A lump stems from my heel. Another claw erupts, completing my transformation from my neck down.

As the transformation completes, my lips turn from soft pink lubricated seals for my mouth, and stretched and pulled into a hard beak, Red Markings cover around my eyes, as my head rounds out and grows feathers all around. Finally, the red spikes of my crow, Tundra. The signature part of her design. Appear upon my head. I am now Tundra Everquill, The Elegant, Shy, Mellow, Adventurer that I've always aspired to be. Waiting for all sorts of adventures to escalate as I search the mighty skies above to the quiet and peaceful grounds below my wings.

As my transformation comes to a close, my boyfriend peers over to me, a full fledged Zorokit, We stare at each other in awe, unscathed to us as to what had just transpired. Questioning the very reality around us. But we do not care, I happily pull my partner into my arms, locking him into a hug, accepting our fate's together and our new lives. So long as I get to share it with him, forever.

Art by Expresso
Telegram @ is SomeSketchingSkunk