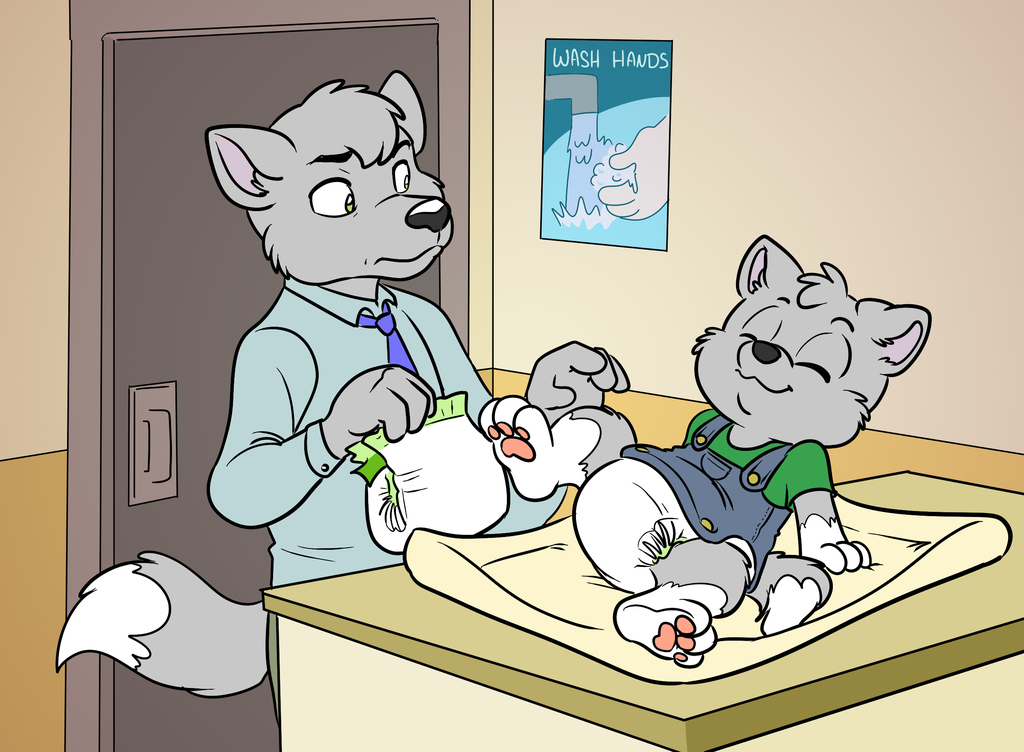 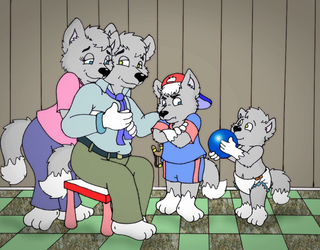 Pic one of three from Tato's hourly stream.

It was a nice warm Saturday afternoon and Mike Smith decided that he needed to go to the store to pick up a few things. Having worked a lot lately and not seen his boys as much as he would have liked, he decided to take his youngest son, Caiden, along with him. So they got in the car and headed to Paw-Mart. Mike and Caiden walked around the store picking up the things that they needed. About an hour in, Mike noticed a familiar smell. He looked down at Caiden, who looked back up at him and smirked. Mike sighed and turned the cart towards the Men's room. Mike and Cheryl had been trying for the last year to get the little booger to embrace the potty, or even training pants for that matter but Caiden would have none of it. Mike brought Caiden into the Men's room and laid him on the changing table. Mike then undid Caiden's snaps at the bottom of his overalls and prepared a new diaper. Mike then undid the stinky diaper and Mike gagged a little. After 20 years of military service and all the dirty/nasty things he had done there he still always dreaded poopy diapers. Mike quickly finished the job and slapped a new diaper on Caiden and snapped his overalls back on. He then ruffled the fur on Caiden's head and said,

Caiden giggled at the comment and hugged his daddy.

From there they went on shopping and spent the rest of the day together.