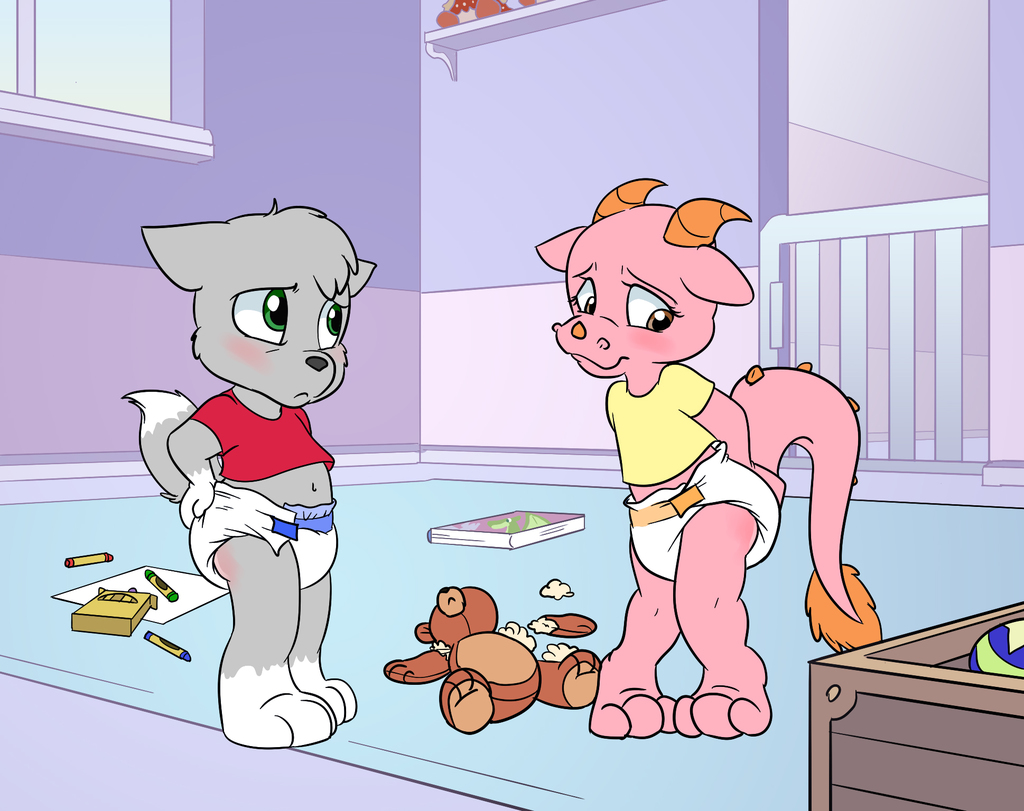 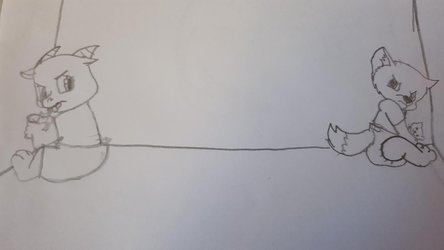 "Okay you two. Time out is over. Now come here." announced Donna as she motioned them to the center of the room by the ripped teddy bear.

"I don't enjoy punishing you two, but you need to learn see the results of your bad behavior." started Donna as the two arrived, "I know that you think that the other one is to blame but you're both equal in fault. One of you could have been the big cub and gone to get an adult or you both could have taken turns with the toy. Instead you both argued and ended up breaking the teddy bear. On top of that you both lied about it and ended up getting a big spanking. Do you think that was the right thing to do?" asked Donna

Both cubs nodded no with their heads as they rubbed their sore bottoms.

"That's right and if you would have told the truth about the bear, I would have just sent you to an early nap instead of a spanking. I hope that you have learned your lesson. Do you have anything to say to each other?" asked Donna soothingly.

"Sowwy for fightin and not sharin..." apologized Caiden back.

"That's very good you two. Now I'm still putting you down for a nap, but I think that we'll have a better time after that ok?" said Donna as she led the two toddlers to Darcy's room.

"I forgive you." said Donna as she put them down for a nap.