Talk After the Movie by tugscarebear 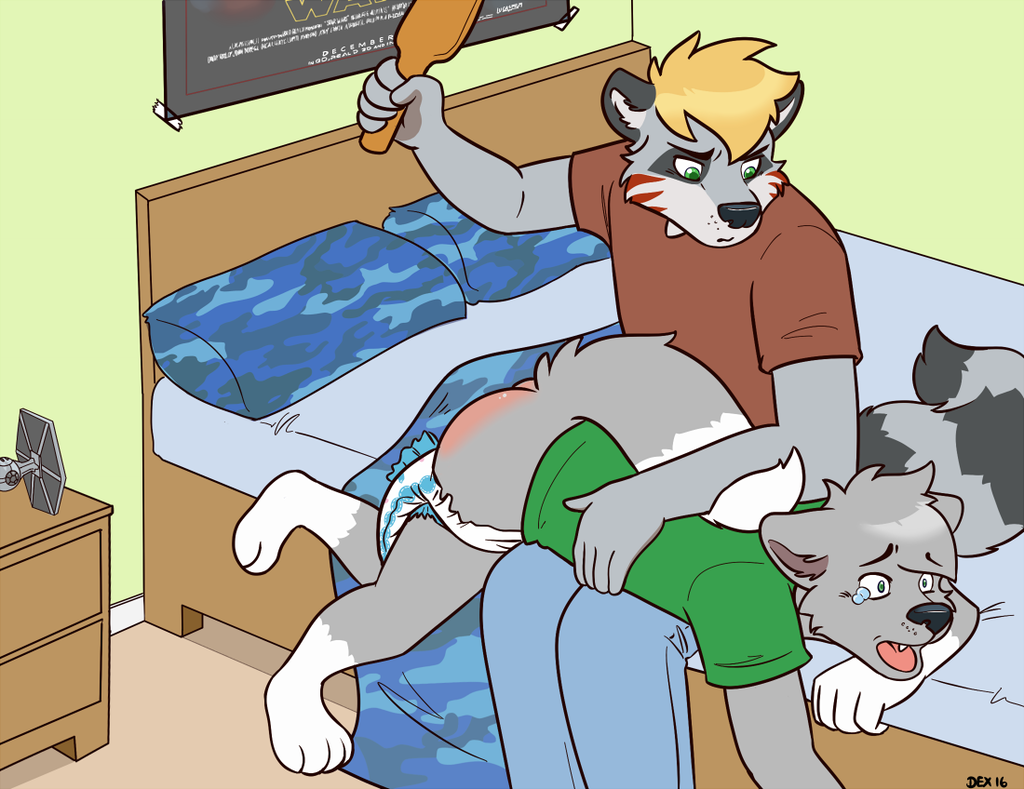 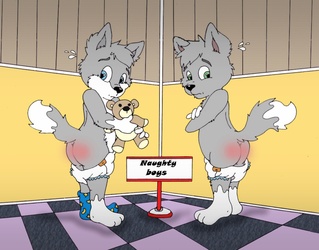 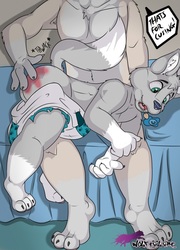 Talk After the Movie

SLAM Went the car door Dexter got out.

Caiden and Dexter had just got back Cadien's to the house from seeing Star Wars Episode VII at the movie theater. The movie was great and both of them enjoyed it very much. Well it seemed that way for Caiden at least. Dexter was not so pleased for some reason. Ever since the movie ended Dexter had this scowl and quiet look on his face. Caiden could not help but think that Dex was mad at him, but he was not sure why. Perhaps it had something to do with how obnoxious Caiden was during the film. While Dexter liked to sit and quietly watch a movie, Caiden was the opposite. Caiden (mostly wrapped up in more nostalgia than anything) was hyper, squealing, nudging Dexter throughout the entire movie even after he was asked not to do that many times.

"Is everything ok?" asked Caiden as he followed Dexter out of the car.

"Go into the living room and get ready for a change." ordered Dex with little emotion

"Ok...." obeyed Caiden as he went inside, took off his pants, and got the changing supplies ready.

Dexter was playing Caiden's "Big Brother" for the weekend so he was in charge...sort of. While Dex made the rules and whatnot he, as well as Caiden, were both diapered. Caiden wore his favorite Cuddlez diapers while Dexter wore the ABU Space diapers. After watching a two hour movie they were both in need of a change.

"I am not very happy with you Caiden." announced Dexter as he started to clean Caiden

"I'm sowwy...what's I do?" asked Caiden in a cub voice as his diaper area was wiped and powdered.

"I asked you many times before and during the movie to be quiet and settle down didn't I?" asked Dexter as he taped up the new Cuddlz diaper and Caiden quietly nodded "I asked you many times and you ignored me each and every time. Since you didn't listen to me I'm afraid that you have to be punished. Now, go upstairs and wait in your room. I'll be there after I change myself."

Caiden whimpered as he went upstairs and sat on his bed. He waited there thinking about how naughty he was during the movie. He fidgeted as he wondered what his punishment would be. Time-out? Grounding? Extra chores? Spanking? Mouth Soaping? No Deserts?

After five minutes Dexter came upstairs and entered the room and closed the door. He walked in and stood in front of Caiden with his paws on his hips.

"You know why I'm upset?" glared Dexter to Caiden

"'Cause I was naughty and talked during da movie..." replied Caiden somberly

"It wasn't just that. It was because you disobeyed me. Not once, not twice, but THREE times. I know you were excited about the movie, but that does not excuse disobedience." lectured Dexter as he pulled a paddle from his back jean pocket "You're going to get a spanking Caiden. Then an early bedtime."

"NNoo!!...." whined Caiden as Dexter sat down and Caiden stood up "I'll be a good boy! I'll never disobey you agains..."

"I'm sorry Caiden, but you know better that to disobey me." replied Dexter as he pulled Caiden's diaper down exposing his bare bottom

"Pwease! I'll be goods!" pleaded Cadien as he was bent over Dex's lap.

"I know you will and this spanking will be a reminder to you the next time you think about disobeying me!" lectured Dex as he spanked Caiden 20 more times on the bare behind leaving him a bawling mess.

Once the punishment was over, Dex let Caiden up and sat him on his lap. Caiden cried into Dex's shoulder while Dex soothed him by gently rubbing his butt. After a few minutes Caiden had calmed down. Dexter pulled Caiden's diaper up and tucked him into bed.

This is the first picture of the Adult Baby side of Caiden.