The Forest Sage by tskaalgard

Souls are immortal creatures in the land of Hyrule. Just as the Hero and Princess are born time and time again, in different circumstances, so are all Hyruleans. However, there are those whose names are all but forgotten, who silently and eternally watch over their ancient homes. Long ago, before the Flood, before the Calamity, these exalted ones were called “sages.” Most of these sages are not reborn, but instead remain in the Sacred Realm - wherein is hidden the Golden Power - to aid the Divine in maintaining the order of the universe. These holy ones do not forget their living memories, and are thus doomed to watch their world reshaped and remade countless times, as the ancient and powerful forces of prophecy act upon it in the so seldom understood ways of the Divine.
When the world was much younger, and the forest-folk in their infancy were still guided by fairies, the child Hero lived among them. He was an outcast, as no fairy guide had yet come to him. In these days, his only friend was a forest girl whose name is now long forgotten. A bond between these two souls was forged in those days, and has shaped the path of the Hero in all things since. Her friendship and love inspired the Forest Hero to fulfill his ordained purpose in the world. It was in these days she was revealed to be the Sage of Forest, destined to forever watch over her home from the Sacred Realm and guide it according to the will of the Divine. The Hero from the forest would never forget her as long as he lived. However, with the passage of time and countless re-births, the Hero would eventually forget the forest girl from so long ago. What was once devotion to a dear friend would become a vague dream-like memory of his ancient forest home.
The girl, however, would never forget the Hero. For centuries she would guide and protect him, even as he would forget her. Even as he would grow to love others, she would never forget the forest boy. When the Hero would hear her song echo through the forest or gaze longingly on the familiar image of a long-gone Forest Sage, she would warmly remember their youth spent together among the forest-folk in the shadow of the Great Deku Tree. As centuries became millennia, and the hero no longer wore the green of the forest, and her song was no longer heard among the trees, she still carefully guided his footsteps.

When the legends are long-forgotten and so even the name “Hyrule” is no longer spoken, and the Divine no longer shape the world, these two souls will meet again in the Golden Realm. There they will stay forever, breathing their spirit into heroes and sages… 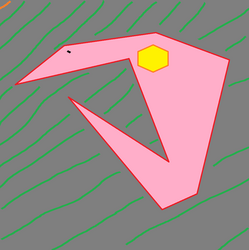 A short Zelda fanfic I wrote a while back.