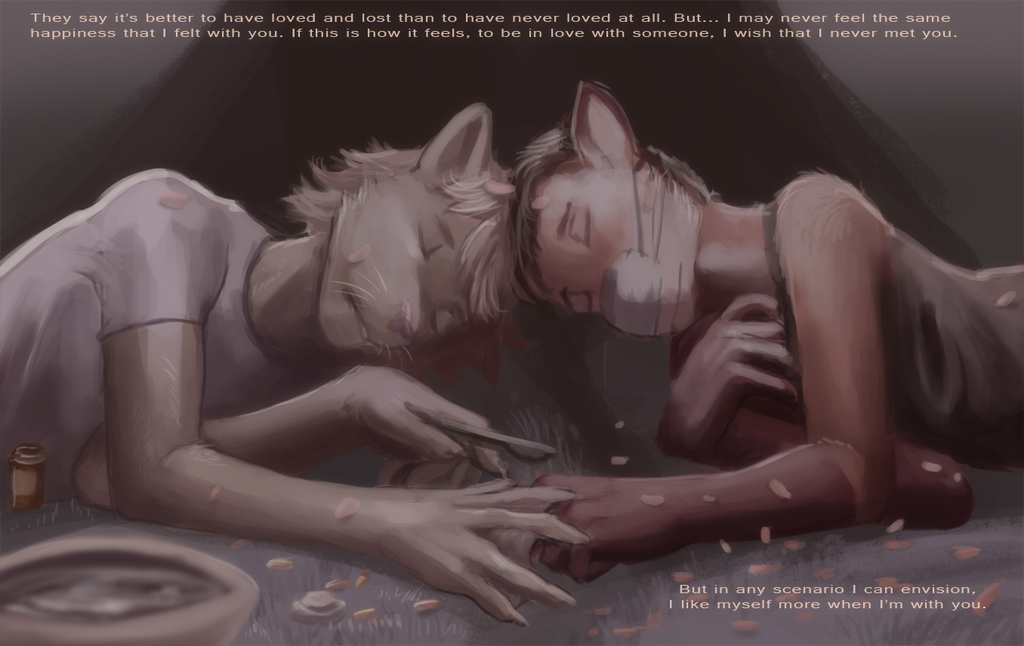 I originally plan for this series to end with a more depressing note, sasha being alone. But I do not think sasha would be able to handle being alone. There’s a dependency not noticeable, that only reveals itself once you realise the best thing in your life is to be taken from you. Sometimes the solution to the problem isn’t found by everyone. Medication can change how you think, make you assume some paths are better than others. Every problem is temporary, but solutions have the luxury of being both temporary and permanent.

If it had ended the way I intended, this is the last thing I written:

“In the end, we see only Sasha sitting at the cafe, and then from the front, wearing Kimen’s mask. The new branches of the tree extend toward Sasha. “They say it’s better to have loved and lost than to have never loved at all. But… I may never feel the same happiness that I felt with her. If this is how it feels, to be in love with someone. I wish that I had never met you.”

Those words were what ran through Sasha’s mind before they chose their solution in either scenario.

You stop counting the days going by once you’re happy.