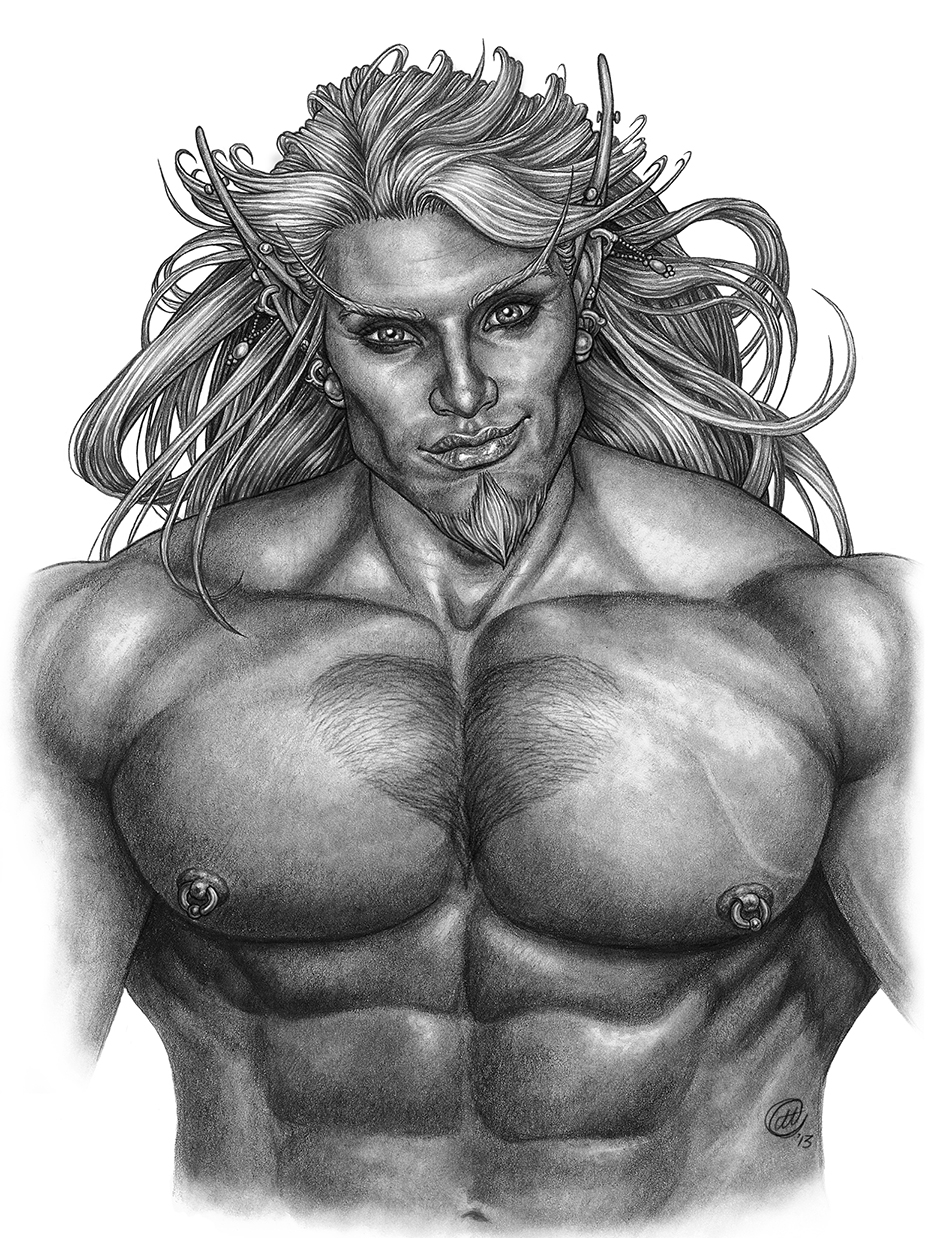 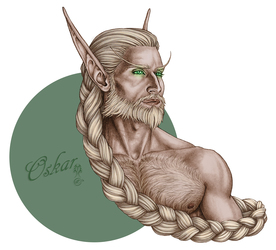 Owner of Blacklotus Spa and Salon in Dalaran, and now proud to open the Blacklotus Healing and Aesthetics Center in Silvermoon City, Irillo is a rather large and flamboyant creature. A former Magister and a minor Lord, he makes a strangely imposing figure at seven feet tall. Broad and heavily muscled, devilishly handsome and prone to being an outrageous flirt, Irillo has made a name for himself wielding cosmetics brushes, hair styling combs and jeweler's tools as well as his enormous blades and axes. His massive hands can warm and soothe away pain through the arts of massage, or break and rend a foe's body with minimal effort. Warrior and Aesthete, Businessman and Lord, his fortunes are made with passion and action. After all, blood and glitter go so well together.

It's kind of sad that it's taken me so long to sketch Irillo, seeing as I've rped the giant bugger since BC. From his origins as a Mage on Argent Dawn to his current home as a Warrior on Wyrmrest Accord, he remains one of my best loved and longest played characters. It's been a very glittery 7 years.
Stay tuned for some very ridiculous, flamboyant and colourful portraits of this character in future!