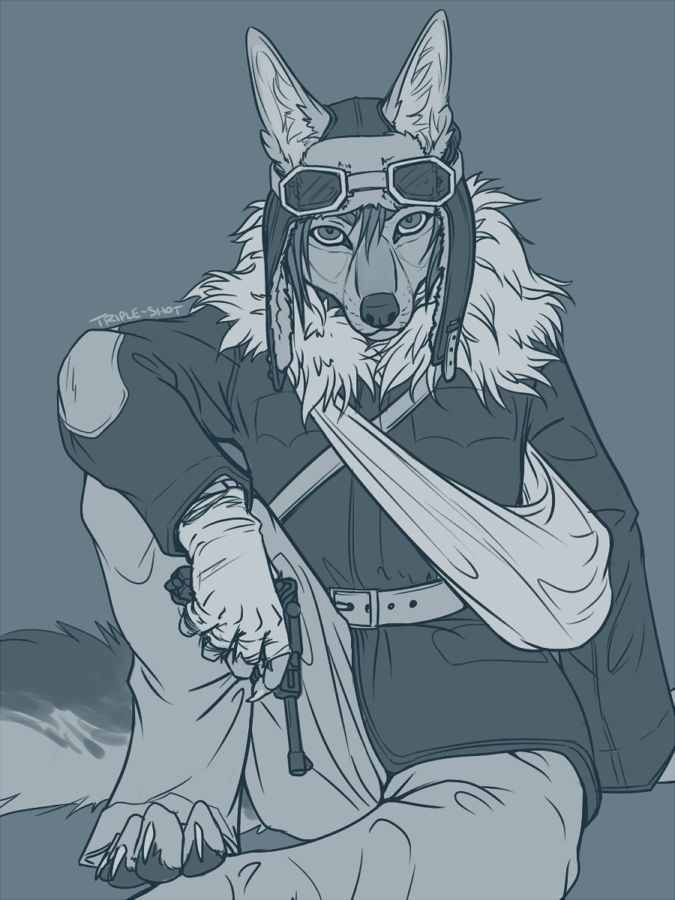 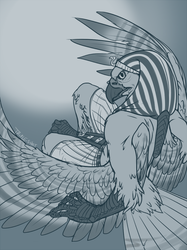 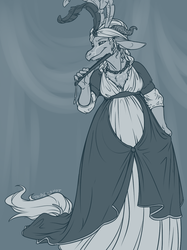 Ho boy was this one an interesting commission, but I had fun with it! Not only did I get to watch a movie for research (The Good, The Bad and the Weird - which, by the way, is actually a really good movie), but I then proceeded to have almost zero luck looking up clothing references afterwards. All I got was how female clothing had morphed through those transformation years, but almost nothing on men! So, here you have my best guess which is a mix of various things (which from what I learned, there wasn't much of a unified clothing look in China at the time due to political upheaval... so... *shrug*)

Also, it was really hard to make this distinctly Manchurian because at that point the only way you could really tell that it was westernised Chinese/Asian clothing was because the person wearing it was Chinese :I Doesn't really translate well when you're drawing an anthropomorphic creature in place of a person haha. Ended up being inspired by an old photo I saw of a Japanese soldier in his winter uniform and various elements from aforementioned movie.

Edit: Apparently due to a series of lucky guesses/artistic intuition I ended up dressing him in a "mix of a Beiyang artillery officer's uniform, an IJN winter pilot outfit, and desert mercenary [gear]", according to Teafico who knows quite a bit about the time frame! (I guess I passed an inadvertent test haha)