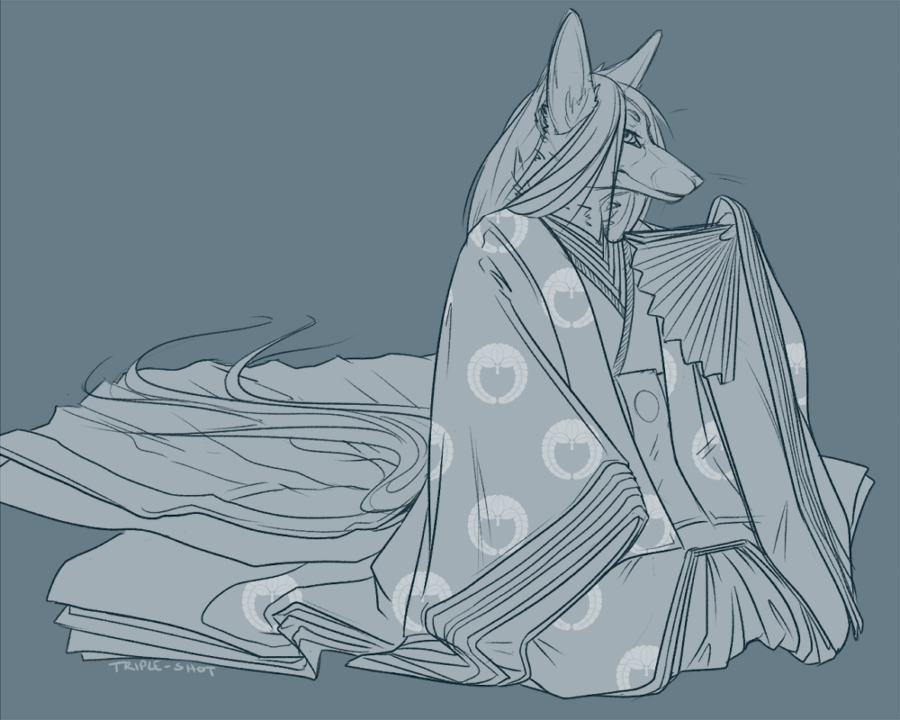 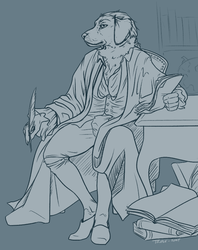 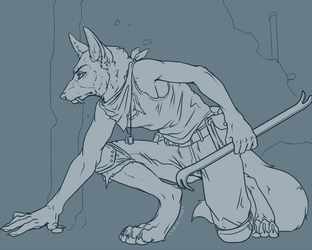 It was actually surprisingly difficult to think of an outfit/place for this character (who is originally from Israel). I wanted to do something traditional, but I didn't want to step on anyone's feet and I know very little about the melting pot of cultures that is the Middle East.

Therefore, I decided to take into account Bering's interesting take on the Kitsune species, and as a result decided to go with the very traditional form of dress known as a jūnihitoe (十二単).

Worn primarily by royalty and court ladies, this outfit could have anywhere from 5 to 12 or more layers (the name literally translates to twelve-layer robe) and could sometimes weigh around 20 kilograms! The arrangements and colours of the layers was usually a good indication of taste as well as rank (for example, some colours could only be worn by royalty). Long, flowing hair was also considered a mark of beauty and hair extensions were often added.

Now-a-days, the jūnihitoe is primarily used by the Imperial Household for weddings and ascension ceremonies.