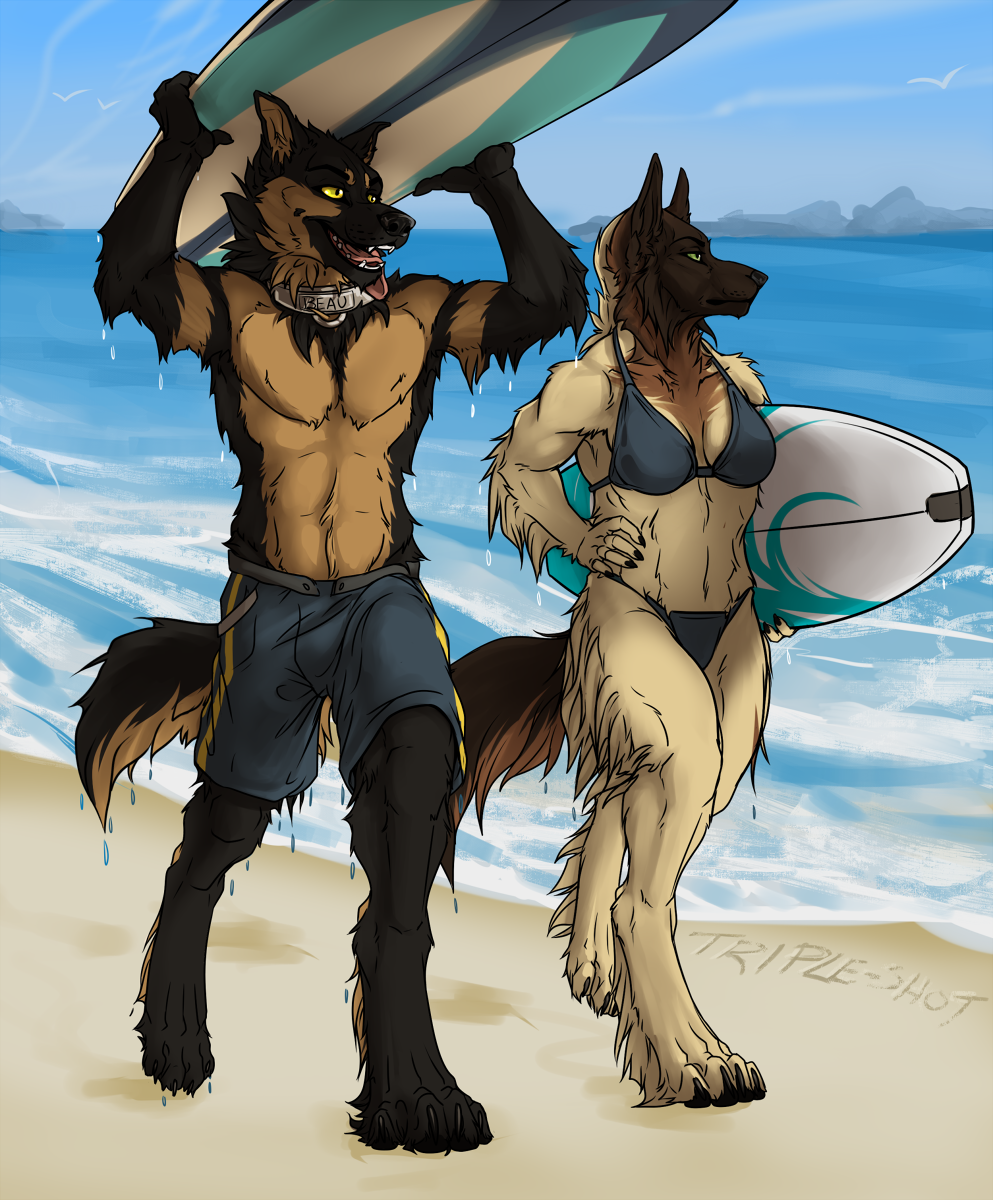 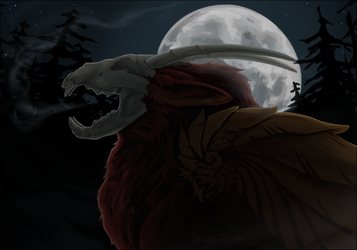 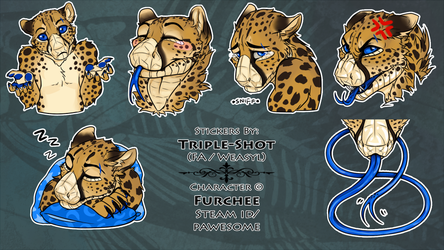 I'm lucky to have commissioners that are very flexible.
I wasn't feeling too great lately and really wanted to draw something relaxed and summer-y, so thankfully Williamca/Beau agreed to this!

This image also doubles as a debut for a new character of mine! I've named her Constance, and she is Beau's 'buddy cop' and eventually his supervisor down the line. This image is also of them before an accident that left Beau with an eyepatch and titanium teeth, and her with a major hip injury. She's very no-nonsense and built like a tank, and as a result is probably one of the very few who can tolerate and keep Beau somewhat in line haha.

I also apparently can't get away from designing my characters with muted colours. But at the same time I really wanted to have a mix of a Belgian Shepherd and a Malinois and keep the markings quite simple. May end up tweaking her design over time, but for now I'm happy with it. It was a good challenge to draw her body type too!