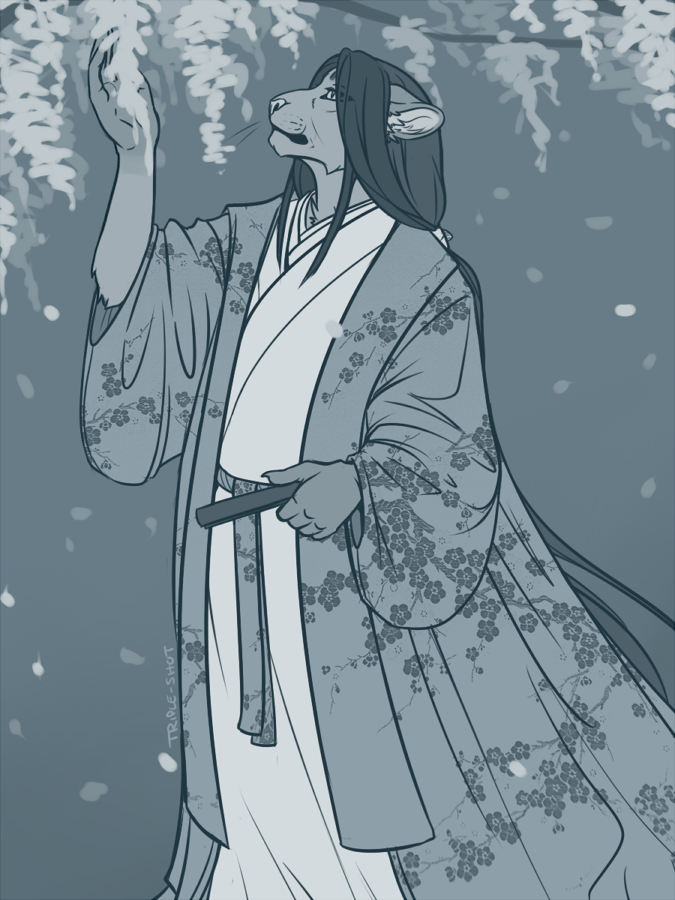 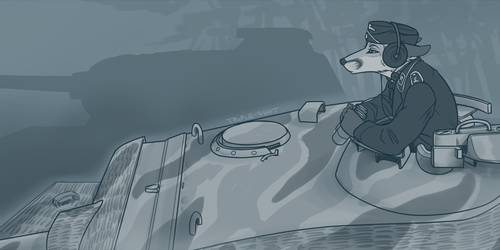 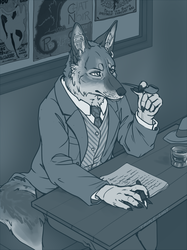 Thankfully this one was a lot easier to research than the other images I've done as of late, as a result it was completed much faster haha. Here we see PaperDragon300's Tek in a kosode and uchikake, which was commonly worn by upper/samurai class women. This particular outfit is rather ceremonial, but I figured it looked quite pretty amongst the wisteria.

*Used this stock texture by Katibear-Stock for the uchikake's pattern.