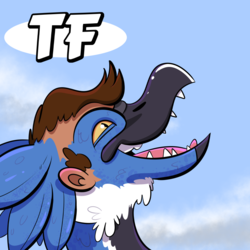 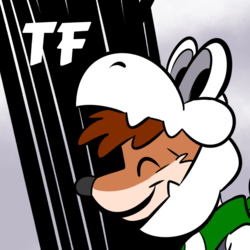 Part of my Halloween event! Spot grabbed by DonnyKatt on FA!

He was enjoying his Goomy Halloween outfit, until he came across a stray Goomy. Other Goomies started to swarm from the bushes and overwhelm poor red panda. They weighed him down and forced him onto the ground. The heavy weight seemed to suffocate him as the Goomies slid over one another and buried the poor mammal beneath themselves. After some time, the Goomies began to disperse, and a new Goodra took fresh air into his lungs as the little slimes began to ooze off. His own slime dripped to the ground, adding to that slippery goo.