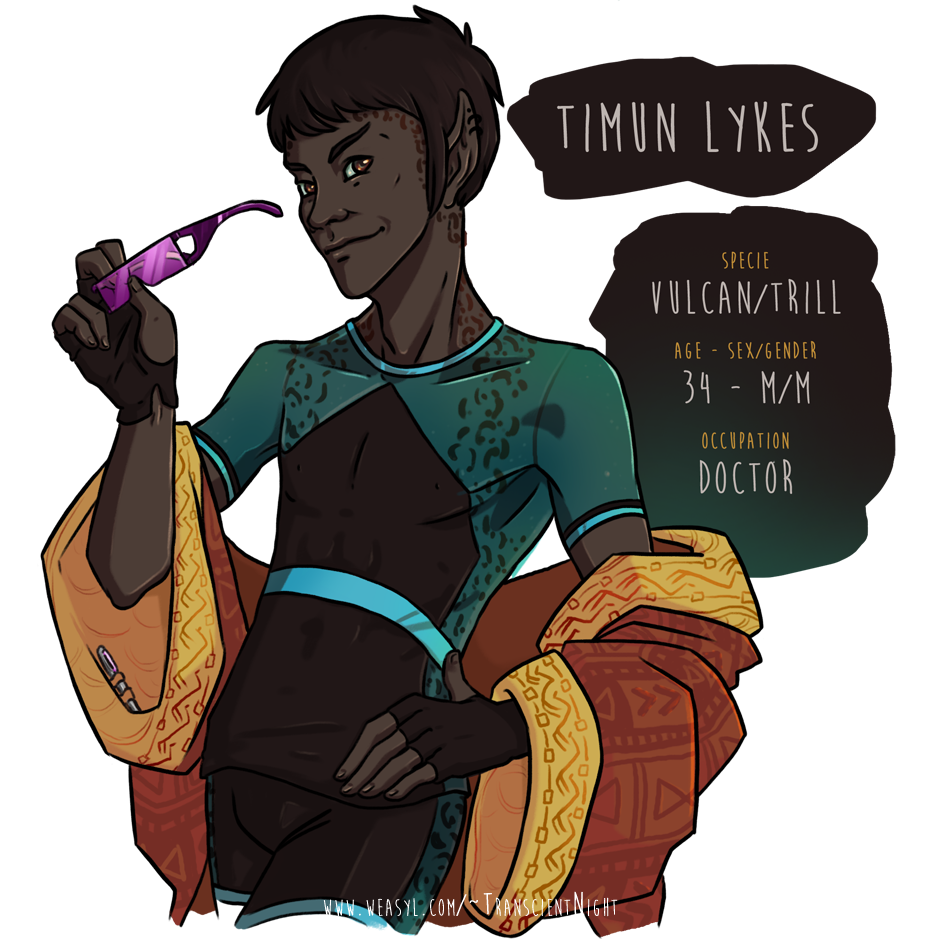 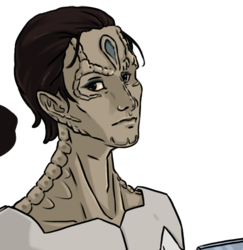 Son to a Vulcan mother, exiled of her homeworld for attempting to express emotions; and a Joined Trill father, Timun is the elder of 3 siblings and a doctor in neurology and physical therapy. He's also an athlete, using martial arts and intense sports like racquetball and parkourdunk as a way to deal with his strong emotions and excess of energy.

While very smart, apt at medicine and generally outgoing and sympathetic, he has a rather poor vision of himself due to internalized racism – being called Trill by Vulcans, and Vulcan by Trills, he sees himself as a half-nothing. He is somewhat alexithymic, which makes it very difficult for him to identify and sort away his emotions when they get to be overwhelming. Still, he's a sweetheart and far too naive for his own good.

Timun was created by nox.fox, for a story co-written by the Nox-Zi Consortium.