I'm Wonks, and I'm fairly new to the furry community. It's been almost a year since I joined and from what I've spent in it, I've enjoyed the fandom quite a bit.

I have a few different characters, but the only one I have pictures of is my fursuit, Toxie. Toxie was the first character I ever created, and I love her dearly. She's a party girl, who loves to dance and have fun. She's outgoing and crazy. I like to think of her as a fluffy Ke$ha. I've got a few others, but I'm still working on them. :3

I've only been to a few furmeets, but from what I've seen I've really enjoyed! I'd like to go to more in the future.

Other interests include:
Horror movies, cosplay, convention-going, mad scientists/mad science, strange news stories, John Waters movies, horror stories, monsters, and cult movies in general. I listen to pretty much every kind of music, but I like upbeat stuff the most. I like fashion, and like to call my look "juvenile delinquent mad scientist reject chic". Silly I know, but it's pretty fitting if you know me.

Anyhow, I'm excited to joint this site and am looking forward to meeting lots of awesome new people!

Most recent: Getting ready for a furmeet! 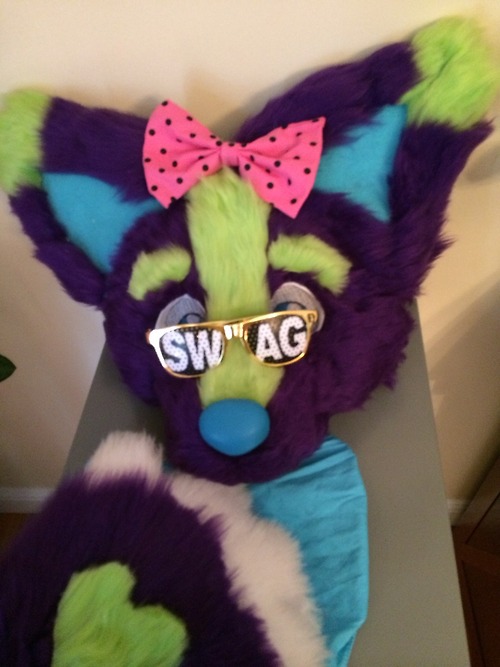