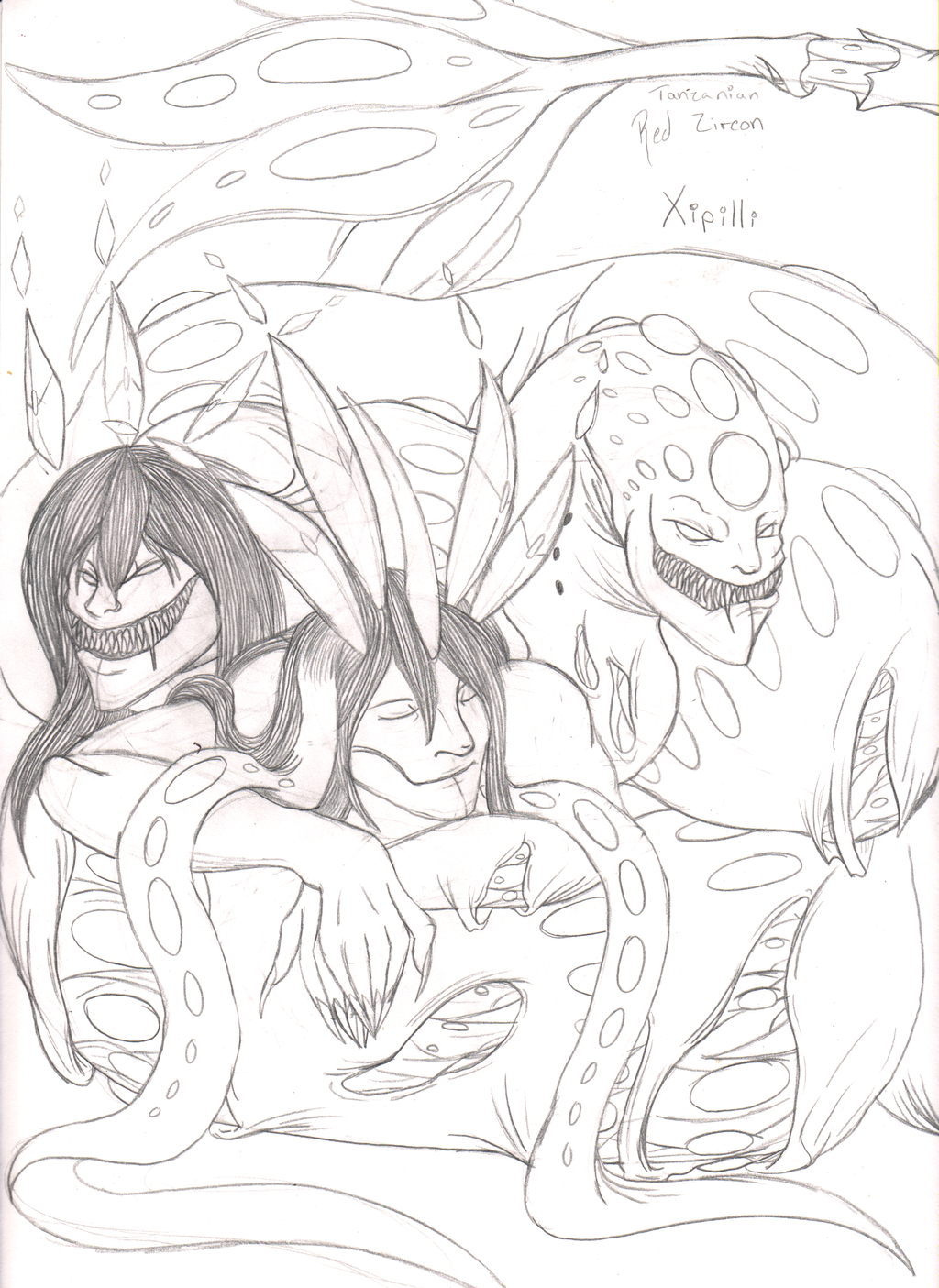 Mature filter because torn flesh, etc. even if it's not colored he's going to be quite bloody when the finished product comes around.

Xipilli is a 'merman' based on my Roommate Kea's 'Jeweled Mermaid' Designs. He's a Milotic/Diancie cross that was born with a birth defect, which is having the three heads you see in the image. It makes many people skeptical of his heritage and many believe he has some sort of hidden Hydreigon blood in his DNA structure. It's hard to say what it really could be as none have really been able to see or get close enough to Xipilli to actually well, find out details.

Xipilli's body has been shredded, either by attacks on people who have been attempting to get at his gemstones or by various other means. The wounds have been untreated and have never been able to heal properly which is why you see the large open gaps on his form as well as the hanging skin on various other parts of his body.