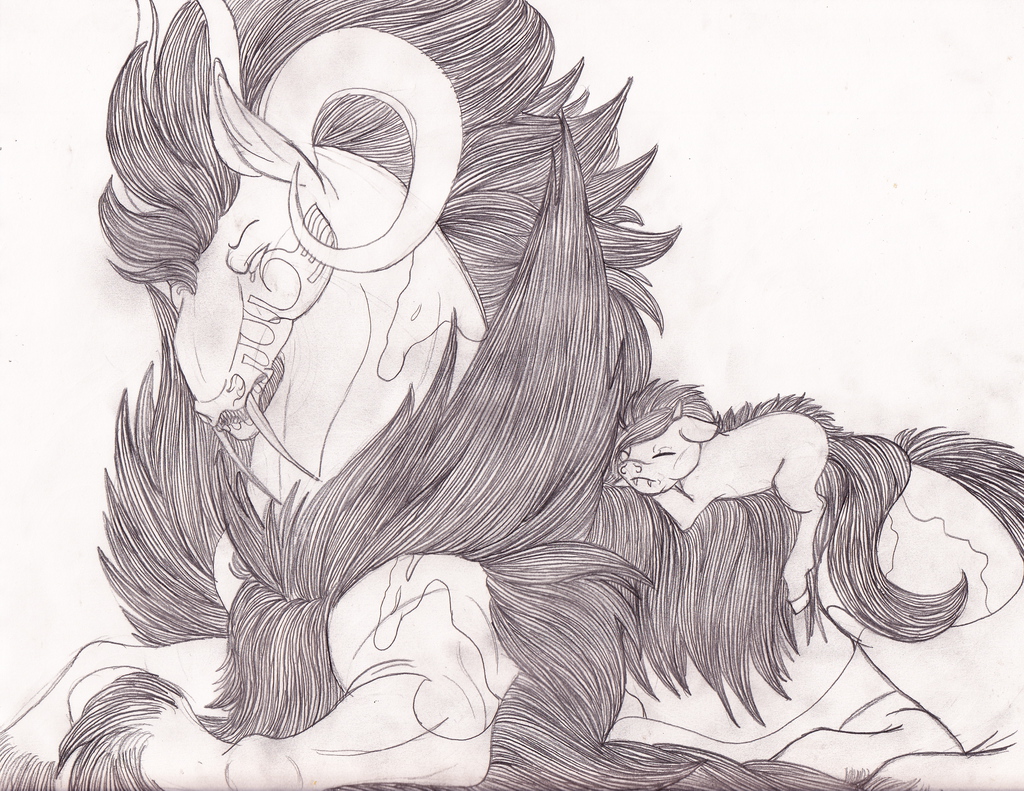 Equus Ballator: Do NOT Disturb Us...

Calev's manes make for some very comfy pillows and beds... also, no one disturbs daddies offspring when they are with him. Because Calev will rip the face off of anyone who attempts to actually bother his babies when they are sleeping. Yeah, random foal is undesigned since Calev doesn't have any foals (yet) and I wanted to draw this picture because it was stuck in my head. Yes, Calev is HUGE (22hh tall in fact) in regards to a lot of things as I explain on his ref image.

He's based not only off my Original Character Calev who has a large demon beast form but also his size is designed around the largest horses in the world (Big Jake and a few others) which means well... he could step on someone's foot and likely break the bones not to mention he is very well toned and muscular and those teeth. No one wants to get bitten we'll just say that.

Also... tiny baby is tiny because cuteness factor to distract from Calev's evil glare towards the thing that's disturbing them. I'm pretty sure that after nap time Calev's going to be coddling his little prince/princess because he loves his children... even if he is an over protective daddy... >>