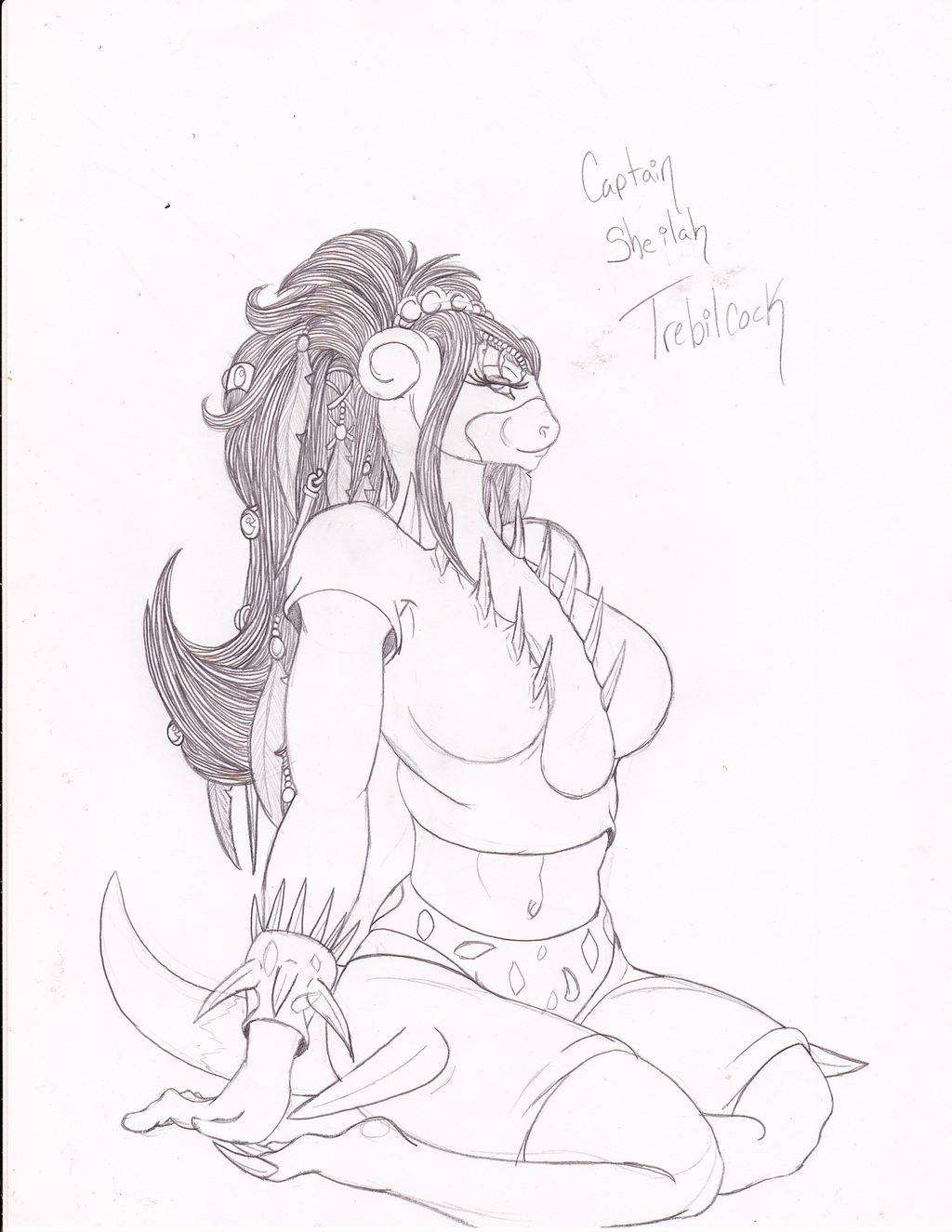 So... kompy asked me to make a sexy version of Mega Slowbrow while keeping most of the shell. Quite the challenge and given the fact that I've felt shit about a lot of my art recently I decided to try my hand at it and see just what I could do with the design itself. Keeping most of the shell was hard and I might make some tweaks here or there later on but I like the outcome overall. I was going to add more shell on the legs like the bracelet on her arm but eh... fuck it. Maybe later. This was done while listening to Pirate related songs so she be a pirate captain YAR... the song in question that really drove it home was Revenge of Captain Morgan by Alestorm

Also, this is for both Kearra and Granite-Skull so I can try and get back into the Pirate RPs we used to do.

Name: Sheilah Trebilcock
Birthday: December 30th
Gender: Female
Height: 6'7
Weight: 265lbs.
Eye Color: Lavendar
Misc. Features: Shell forms a complete outfit that covers her body. Doesn't typically need to wear clothing due to the coverage and plus, it's difficult as all hell to find clothing that covers those teeth and jutting spikes. Wrist 'bracelets' are also shell. Majority of her weight comes from said shell, while her shell isn't alive it does have a pair of eyes on the back of it though her hair covers it most of the time. Hair is usually very messy and done up in a messy updo/pony tail, decorates it with feathers, beads, jewelry and sometimes bones/teeth from things that she runs over with her ship.
Species: Slowbro, stuck in Mega Form

History
To Be Written