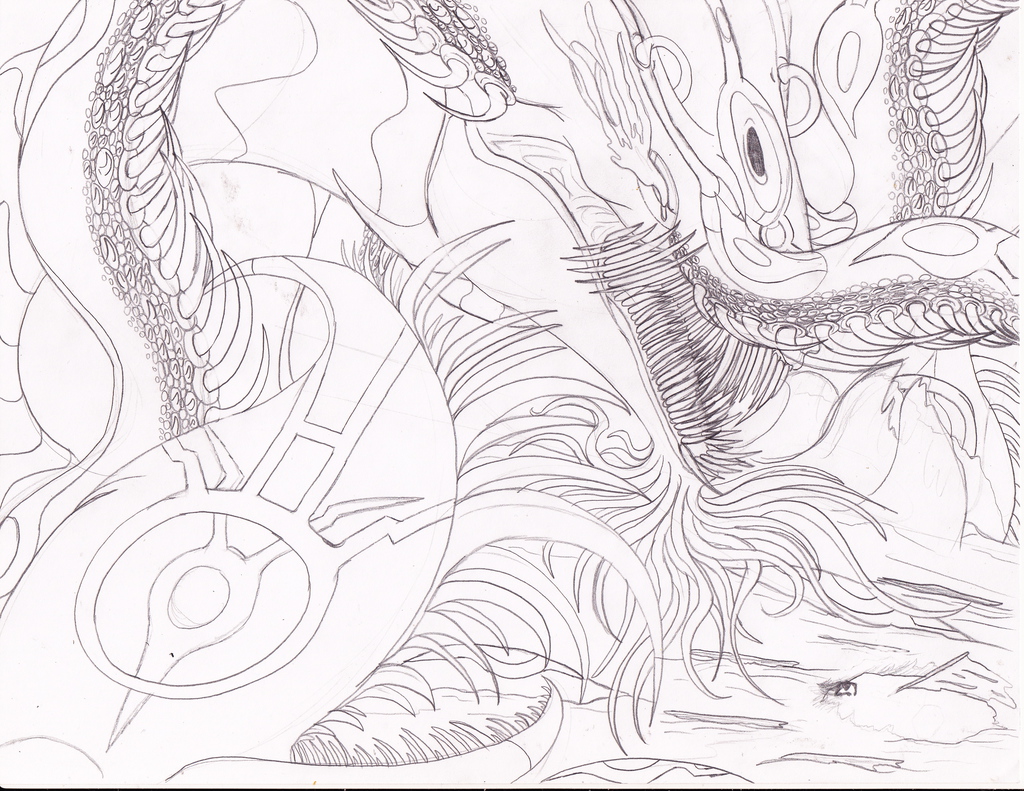 The skies turned to black
The oceans fell dead, no winds dared to blow
Then out the darkness with a thunderous roar
Leviathan rose up from the depths below

Cannons fired, and swords tasted blood
As the beast turned to strike with rage in its eyes
From its mouth came a great ball of flame
It was then we all knew, that the end was nigh

The King of the Seas seems to have been sent out to fetch someone who has escaped his masters depths. No one escapes their fate when it comes to David, if you try and run the beast will find you. And if you try and get on land? Well Hydra can easily take care of that problem now can't he?

I really wanted to draw up Kraken some more, and listening to a lot of Alestorm thanks to Kearra I found a song that is pretty much Kraken in general. I suppose you could consider Kraken as a 'leviathan' to a sort of extent given he's a giant fucking 'sea serpent' with tentacles everywhere. Anyway, if anyone couldn't tell... this is Primal Kraken, IE: when Kraken loses his shit in such a fury that he does Primal Reversion and fucks shit up big time. Basically, don't run from Jones... or you might have THIS to deal with... or if he's feeling nice he won't go Primal on your ass and just swat you regularly.

Artwork and The Kraken © ToxicCreed
Pokemon © Nintendo/Gamefreak
Do not use without permission; Artwork and character copyright Jennifer Crenshaw; All rights reserved. Do not alter, copy, and/or redistribute under penalty of law.