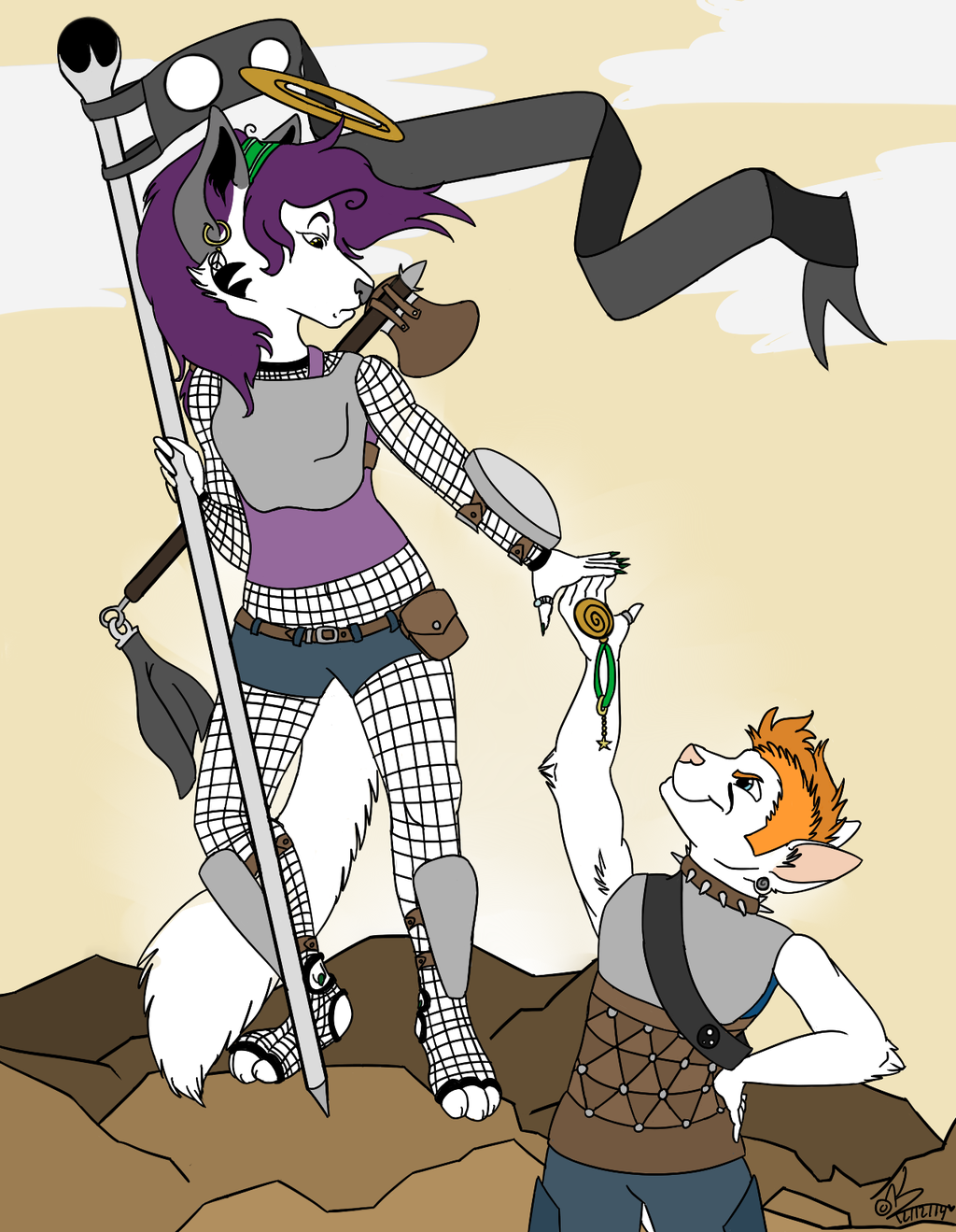 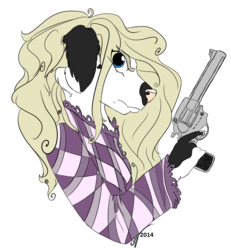 Words cannot describe how cathartic this was to ink and color as I haven't put this much love and time into a complete drawing in a long time. The drawing is very special to me.

So i decided to back in my art and pull up some sketches, both traditional, like this one, and digital because I wanted to update them.. I chose images that I really loved the way they where to see if I could bring though whatever I liked about the sketch into a more polished image.

Here we have Kitti and Vincent, who in this image are not yet a couple, when Kitti was still new to Nodd. When she won the right to train as a Knight she decided to travel and see more of Nodd, particularly those places she first saw before she learned where she was and how she got there. Here we see her on the tail end of that journey, back in the desert wastes where she originally "landed". For this leg of her trip the Queen had her connect with Vincent, an emissary from the King's kingdom, the Nightside, since she crossed the boarder. At first she doesn't recognize Vincent [in fact she doesn't until a while after they part again] but he does give her a strong sense of de ja vu.

Why does Vincent have Kitti's Rifter? I'm not sure. Maybe she gave it to him to look at when he mentioned he had one his own. Maybe he swiped it to look at and gave it back when he got angry. I'm not sure so just fill that part of the story in for yourself! C;

A few other things I wanted to mention, I may or may not turn this into a fully painted image, the "fishnet" Kitti is wearing is actually a type of woven armor, I know I panted the back side of the flag to dark, and the "blank" spit between Vincent's legs is his tail. ETA: Oh i forgot to erase the background in some spots. I'll fix it later.

Characters and art (c) me.