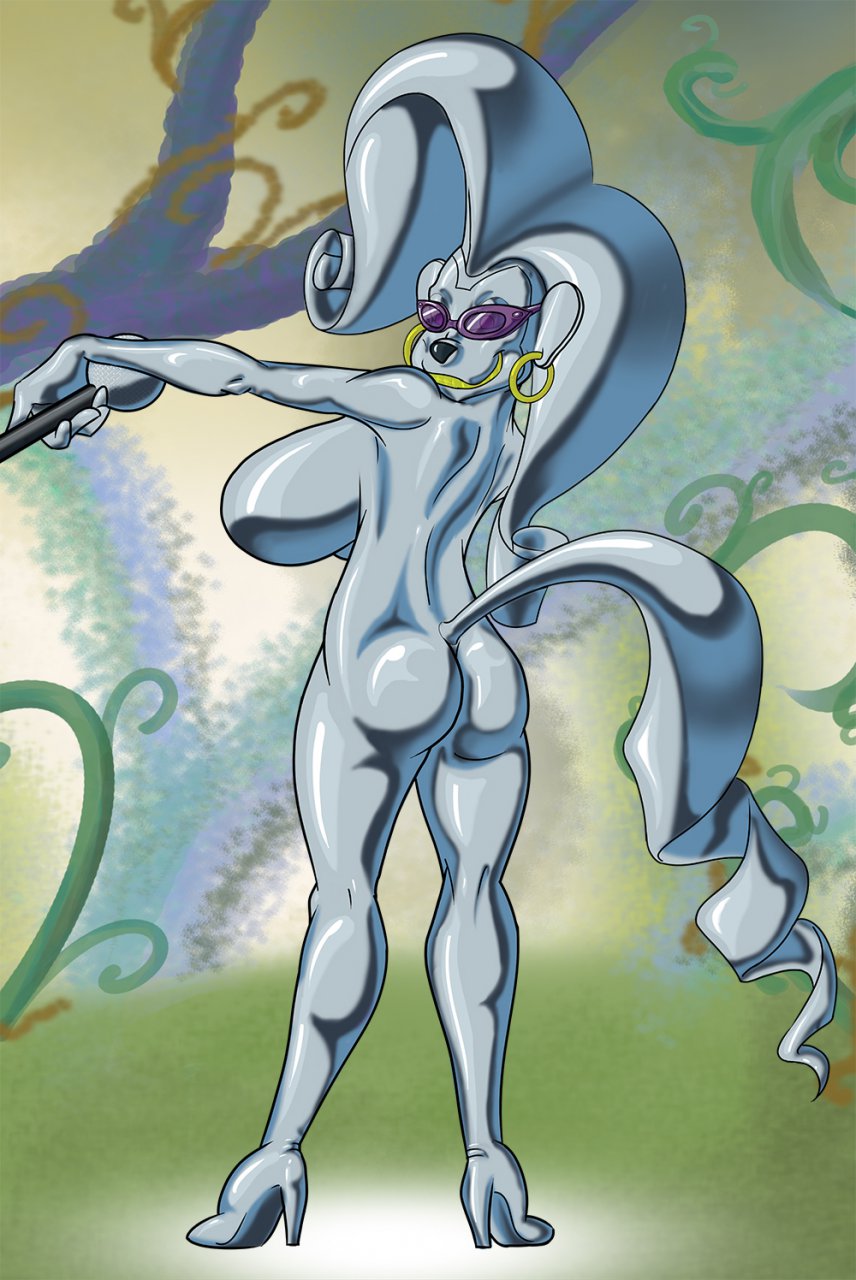 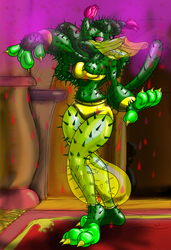 Rare Metal Etemon is a powerful metal monkey puppet digimon who was made when some wires at a television studio got crossed.
She cares a great deal about fashion and how things look. She is very stylish and beautiful, often tries to make herself the center of attention. Either with singing or announcements (normally about herself). She considers herself a proper lady, often acting in a sophisticated manner, speaking with a cultivated trans-Atlantic dialect, and shares some mannerisms with similarly accented Hollywood actresses. Unlike most puppet or robotic digimon her vocabulary is formal, and she is prone to use complex words. Like all Etemons she believes to be fair better than everyone else and talks down to others she don't know personally, and talks to other as if interacting with her is a rare treat she is 'generously allowing just this once, and don't let others find out'.
She greatly enjoyed physically contact, but prefer to stay away from anything clawed and other metals for fear of chipping or stretching her finish (Even those this is unlikely because mega level dig-chromo in very hard to break) and annoyed and finger prints and anything else that would stick to her finish.
The microphone, glasses and ear-rings are part of her. The glasses can be removed only by her hands and can-not fall off other wise. The microphone works like an other object, but she can make it fly to her hand. Any one who talks into will have their voice projected out of any metal objects within sight.
Despite the delicate way she act towards everything. Often pretending she is a weak helpless women and gets others to do even minor task for her. She can lift tons of weight and is so nearly invincible that she has to see attacks to even realize she's be touched.

Digi-Powers
Va VaVoom: Poses for the opponent; distracting them from anything else. As they are unable to look away

Critical Eye: Lowers her shades to give an appraising look; which instills fear, embarrassment, insecurity and removes all confidence.

(For all you spelling-nazi who I've sure wants to correct me; English is my second language. Sent me a note if you want me to correct something and please don't clutter the comments with corrections)

If you have any question. They will be answered, or Ill make something up.