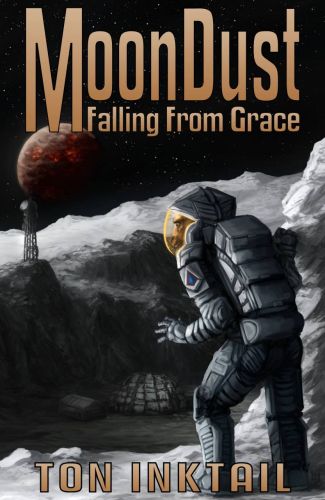 They’d been given a stack of field rations at what Imogene’s stomach said was dinner time. But that was hours ago, and neither Bruce nor Aaron had returned.

Imogene gnawed a fibrous chunk of plant stem she’d found in the stew. Bruce and Aaron wouldn’t have caused trouble intentionally, but Colonel Bychkov and her lackeys weren’t the type for half measures. She chewed faster, forcing her thoughts away from what those measures were likely to include. There were plenty of other reasons they might be detained. Working her prisoners past exhaustion fit the colonel well, too.

The door opened, and all that kept Imogene from jumping to her hooves was the fear it might be interpreted as an attack.

Bruce shuffled in and the door slid shut behind him.

Seeing the stag alive and with no new wounds filled Imogene with such relief it took a moment to realize he’d entered alone. The smile she’d stated to give him stuck partway.

Bruce sighed. “He’s resting with the PAF wounded. One of the transformers slipped and crushed his arm. Bad compound fracture, and he lost a lot of blood before we got it stopped, but he should live. Assuming any of us do.” He closed his eyes, and Imogene could feel the effort it took him to open them again. “Colonel Bitch was impressed enough she pulled me off repairs to help the medics instead. How they’ve kept some of those poor bastards alive I don’t know.”

He took a few tired steps then slid down to sit beside Imogene. She slipped her arm around him and pulled him close, ignoring the smell of antiseptic and bile clinging to his fur.

Across the narrow space, Alexei stirred. “Lauren’s almost into the comm system, and William and I got the door unlocked.”

“That’s good,” Bruce said. “But they’re keeping an armed guard right outside, and there’s a lot of people moving around the corridors. Things seemed to quiet down towards evening, but not enough.”

William reached up and smoothed his whiskers. “So we’re gonna need a plan. A good one.”

“Yeah.” Bruce’s eyes drifted shut again. “But I’m dead on my hooves, and clean out of suggestions. Right now throwing open the door and getting shot doesn’t sound half bad as long as I get a long, quiet rest afterward.”

He shifted against Imogene’s side, and shortly his breathing settled into a slow, steady pattern.

Imogene did her best to comfort Bruce as he slept. His head rested heavy on her shoulder, but she didn’t mind. She wasn’t sure if she dozed off herself, but after what seemed like only a few hours an otter in a blood-smeared medical smock came and roused Bruce for another stint.

Lauren’s excited hiss roused Imogene from her contemplation of the glow panel. Hope fluttered deep in her chest, stirring beneath the flood of apathy. She shouldered in beside William and Alexei, peering down at Lauren’s datapad.

“Can you call anyone?” Alexei’s whiskers quivered with excitement.

“Maybe, but it’s in a low polar orbit. We’re not gonna have more than a few minutes to try.” She pulled up a wide-band hailing channel. “This is Sergeant Lauren Porter to any receiving units, please acknowledge.”

She repeated variations on that every few seconds. A dead carrier wave was all the answer they received, and Imogene’s hope turned sour. If the satellite was as low as Lauren said, what were the odds of anyone sharing its limited coverage with them? She’d seen firsthand how empty the hills outside were.

A light on the datapad flickered, and General Slate’s hard voice emerged from the speaker. “Porter?”

“General!” Lauren’s eyes lit up like stars. “You survived?”

“And a handful of others. What’s your status? Why didn’t you set off the bomb?”

“Imogene fucked it up. We had to surrender. We and the PAF are back at Borda.”

“Are the explosives still in place?”

“Then for gods’ sake, blow it up! The PAF are heavily overextended. Without fuel they’ll crumble. We can regroup and push them out.”

“Do it, Porter.” His voice gapped and distorted as the satellite skimmed the horizon. “That’s an order. I’m counting on you.”

Lauren stared down at the datapad, then her yellow slitted eyes lanced into Imogene. “What do you need to set off the explosives?”

Imogene’s pulse quickened. The bombs wouldn’t need much. Nothing they couldn’t easily lay hands on. Assuming of course she was willing to sentence everyone in the base to a fiery death.

Before she could make sense of the emotions swirling through her, the door grated open.

Lauren thrust the datapad inside her jacket, but the only person to enter the cell was Bruce. His hands were clean, but blood specked his forearms above where gloves would cover. He staggered across the cell and collapsed against the far wall.

It broke Imogene’s heart to add to the stag’s troubles, but he was the one person who could help her see the right way out of this. She opened her mouth, but Bruce beat her to it.

“I put Aaron’s kidneys into one of their bears,” he said dully.

Imogene’s blood turned to ice. “What? But what about Aaron?”

“I don’t know. They said he and twelve of the most critically wounded died in the night.”

“Yeah.” He took a breath of the thick, feted air and coughed. “Probably Colonel Bitch prioritizing who gets to keep burning oxygen. Most of the twelve wouldn’t have made it.”

Imogene shook her head, not quite able to accept it. “But, Aaron? He was doing okay.”

“He was also UNA. Their panda’s gonna live now.” Bruce grimaced down at his too-clean hands, then crossed his arms, stuffing them out of sight. “So, that’s my day. What about you?” He cast a weary look at where Lauren had retrieved her datapad. “Find anyone to talk to?”

“General Slate survived. He ordered us to blow the base.”

Bruce’s tattered ears twitched, then settled back into their tired slump. “That’s not sounding like such a bad idea.” He glanced over at Imogene. “Can you do it?”

“Probably. But I’m not sure it’s the best thing to do.”

Lauren snarled. “Gods! Still? It’s a fucking order. You remember what keeps happening when you ignore orders?” She spat on the floor, but curbed her jeer into a more reasonable tone. “Look, if the PAF keep the fuel here, it could cost us the war. What does your bleeding heart tell you about that? Millions and millions of UNA deaths. If you let them keep it, they’ll win.”

Imogene snorted. As if anyone could win this massacre. But still, what if General Slate was right? She didn’t trust him to know any more about the strategic situation than herself, but still, what if? His track record couldn’t be any worse than her own.

She looked over at Bruce. The bone-deep weariness in his soft brown eyes, the tattered mess of his ear...

Did it really matter if Colonel Bychkov died of asphyxiation as Imogene had hoped, or was vaporized in a single instant? Either way was no more than the tiger bitch deserved. And with her character and resources, Bychkov might abandon the dying base to save herself. There was no way to outrun an antimatter explosion.

She turned back to Lauren, a planet-size weight settling on her chest. “If we’re gonna do this, we need a plan.”

The lynx’s muzzle split into a tooth-filled grin. “Right. So again, what do you need to set them off?”

“Nothing special. It’s all rigged with kinetic sensitive detonators; once one goes the rest will follow. You could probably set the first one off with a hard punch, but an electric short would be better.”

“Okay, so triggering them isn’t a problem, and we’ve got the door gimmicked. Where is the nearest charge?”

“Just a few doors down from here. I’ll need a screwdriver to open the glow panel it’s hidden behind, a power pack from the guard’s suit or rifle, and two wires for the short.”

William frowned. “Can’t you set up a time fuse or something? Our chances of getting away might be slim, but I’d really like to try.”

“No,” Lauren said. “Even if she can make something like that, the odds of someone finding it are too high. The guard is wearing full armor. Even with surprise on our side he’s going to get off an alarm. Then we’ve got a minute or two before everyone’s dead, one way or another.”

“We should wait until night, too,” Bruce offered. “If everyone’s asleep we might get closer to that two minutes rather than one.”

William gnashed his teeth. He locked his gaze on Imogene. “You’re really gonna fold now? These are still the same medics and wounded you refused to blow up before.”

The retriever’s words ripped into her like a hail of meteoroids. He was right—a voice buried deep in her heart screamed that he was right. But buried beside that voice was the accusing look in a dead skunk’s eyes, and the crushing guilt as a column of UNA troops died in a blast she helped design, and the ragged, blood-dripping edge of a stag’s ear.

She lifted her chin. “Yeah, I saved them. And I’ve seen what saving them cost. We’re all dead anyway, and a soldier’s duty is to take as many of the enemy with her as she can.” 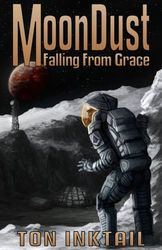 Imogene never planned to become a lunar commando. Not before her ex broke her heart and left her jobless.

A soldier’s first duty is to her country, but when black and white fade to dusty gray, the lines between friend and foe blur. As everything Imogene ever believed in crumbles, she must decide if some orders should never be obeyed.

Chapter thirty-four, where the end comes into sight.

I'll be posting new chapters twice a week, or, for the price of a fancy coffee, you can buy it all on Amazon. Not only do you get instant gratification, you also get that warm fuzzy feeling from supporting an independent artist. =^_^=

lesoldatmort (Rai-Che on FA) Check out the full version here.