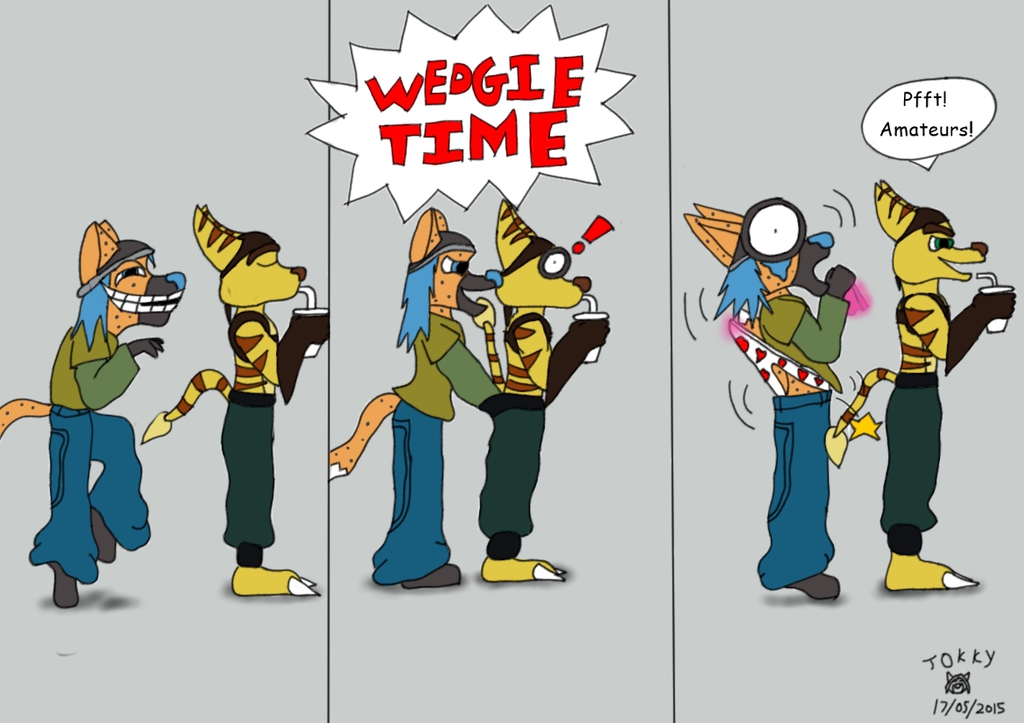 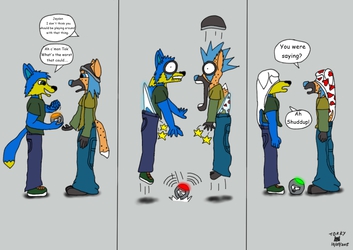 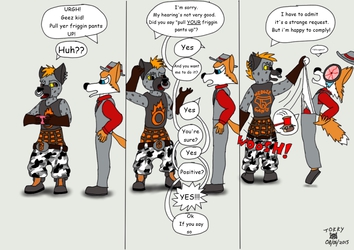 Here at Gadgetron we are pleased to announce our latest innovation! If you have problems with mischievous pranksters destroying your underoos along with your dignity then you need our new Voodoo Briefs.

These holographic undergarments fit snugly round you and feel just like regular briefs; however using special patented Gadgetron technology whenever the hologram is manipulated by anyone other than the registered user the effects are instead recreated with perfect precision on the assailants own undergarments while you remain comfortable and confident. Thus serving as a guard against unwanted wedgie attacks and an immediate negative reinforcement mechanism to deter future attackers.

I must protest the companies decision to release our experimental Voodoo Briefs to the public this early in production! I am fully aware that the new school terms are just around the corner and we need to meet the demand of our customers but this is completely unacceptable!

As it stands we have not fully worked out the kinks in the holographic link matrix and some test subjects have reported cross underwear compatibility problems. The main concerns seem to be that "givers" who administer wedgies to "recievers" wearing briefs while themselves wearing boxers have had the intensity of their wedgies increased way beyond the initial one they themselves attempted to give. This has resulted in three "givers" ending up in hospital with turbo atomic wedgies from only giving the receivers underwear a gentle tug.

We have also encountered problems where the link with the voodoo briefs crashes with more extreme wedgies resulting in what we've deemed a "Wedgie Lockup". 4 test "givers" have been stuck with permanent wedgies ranging from nuclear to atomic for at least 4 weeks now. We are still trying to remove their undergarments but the link has created an almost indestructible force field around the fabric. So far no “receivers have reported any negative effect.

And don't get me started on the test "givers" who were going commando!!!! Yeesh! Those screams will haunt me till the day i die!

It's a good thing Gadgetron forces it's test subjects to sign those 10,000,000,000 page release forms otherwise this whole thing would be a legal nightmare!**