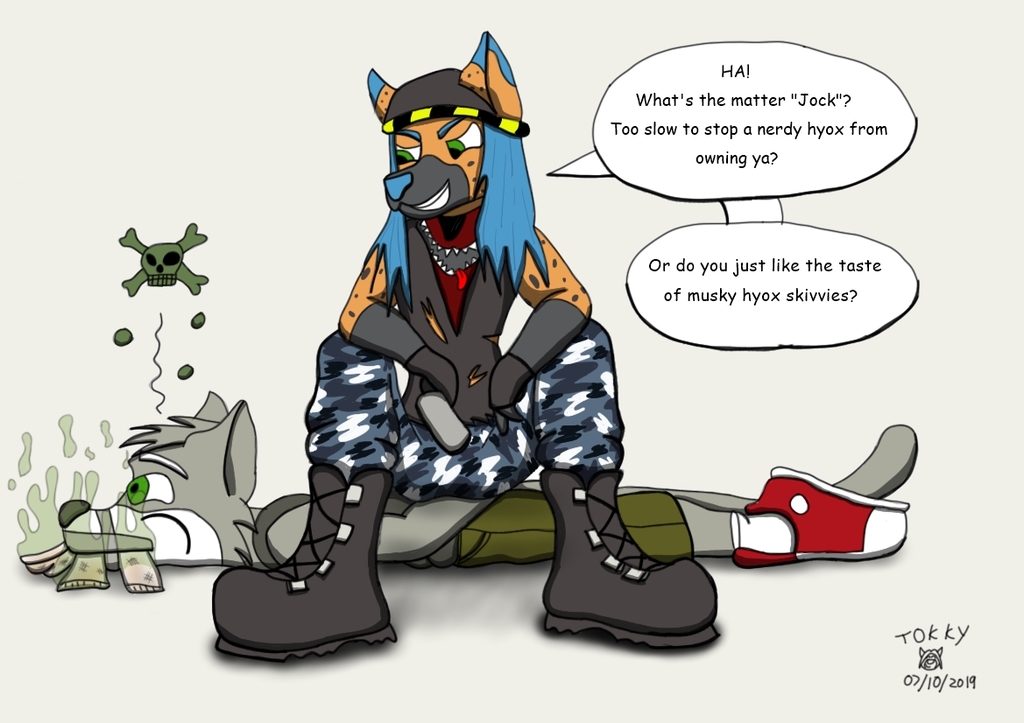 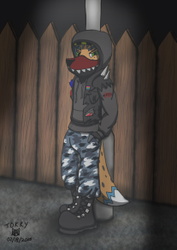 It seems as though Leo was going around bragging about how much of a "tough guy" he'd become. Unfortunately he made the mistake of bragging to me that he was a Jock and I was a puny nerd. Leo ended up learning the hard way not to mess with someone who a) carries ductape with them wherever they go, b) has had plenty of practice in the art of subduing and binding chumps with said ductape, and c) doesn't change their underwear for months at a time smirks.

After a brief tussle (if you can call it that) I had the kitty on the ground and his hands ductaped behind his back. I disappeared behind a corner for a few minutes with the bound kitty shouting insults at me (honestly, i left his feet unbound to at least give him a chance to run away and avoid what was coming next, but it was his call I guess).

After i'd "de-briefed" myself i came back to the bound kitty holding in my hand my well worn undies and socks. The kitty didn't say anything, I smiled and said to him "you shoulda run when you had the chance, now you're going to taste real defeat!"

Just when the cat had finally gotten the bright idea to run I pinned him back to the ground (with very little effort) and stuffed the foul undies and socks in his mouth, before taping his trap shut to really make him get a full taste of 8 month old hyox undies.

I think Leos learned his lesson, dont talk big if you cant back it up. I imagine he's gonna be tasting this bitter defeat of his for months.