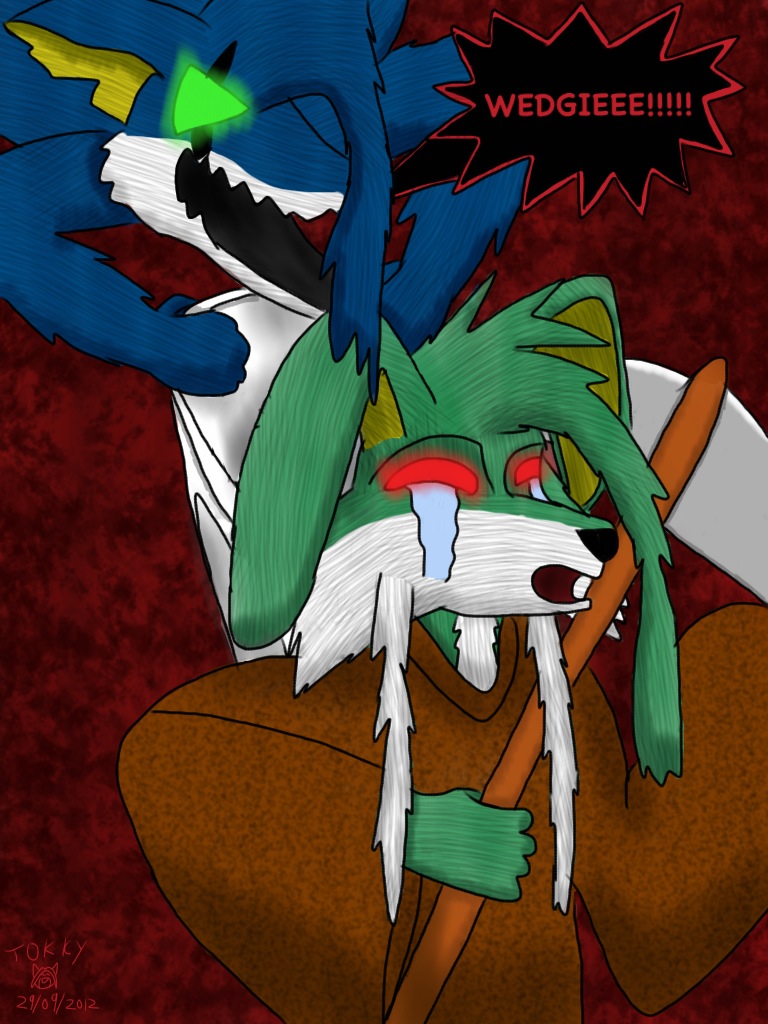 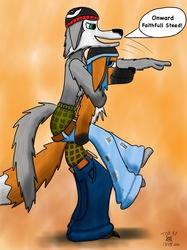 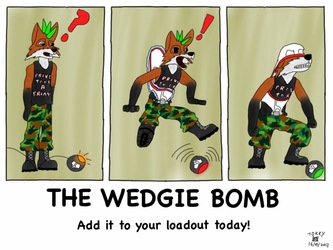 A random fanpic thats been drifting about in the depths of my sketchbook limbo for aaaages; finally decided to bring it back from the dead and finish it :-3

Its seems as though Drip has managed to catch the unfortunate Jack off guard and is proceeding to administer a painful and humiliating wedgie. Judging by the look on Jacks face he's never had a wedgie before, its the classic "wedgie shock" pose exhibited by someone having their undies hiked up for the first time, they never know how to react. Drip isn't making this any easier for Jack either, from the looks of it he's about to go full blown atomic on him.

The Jack comic is owned by Driprat on FA.