Areej and Monroe by Toadstone 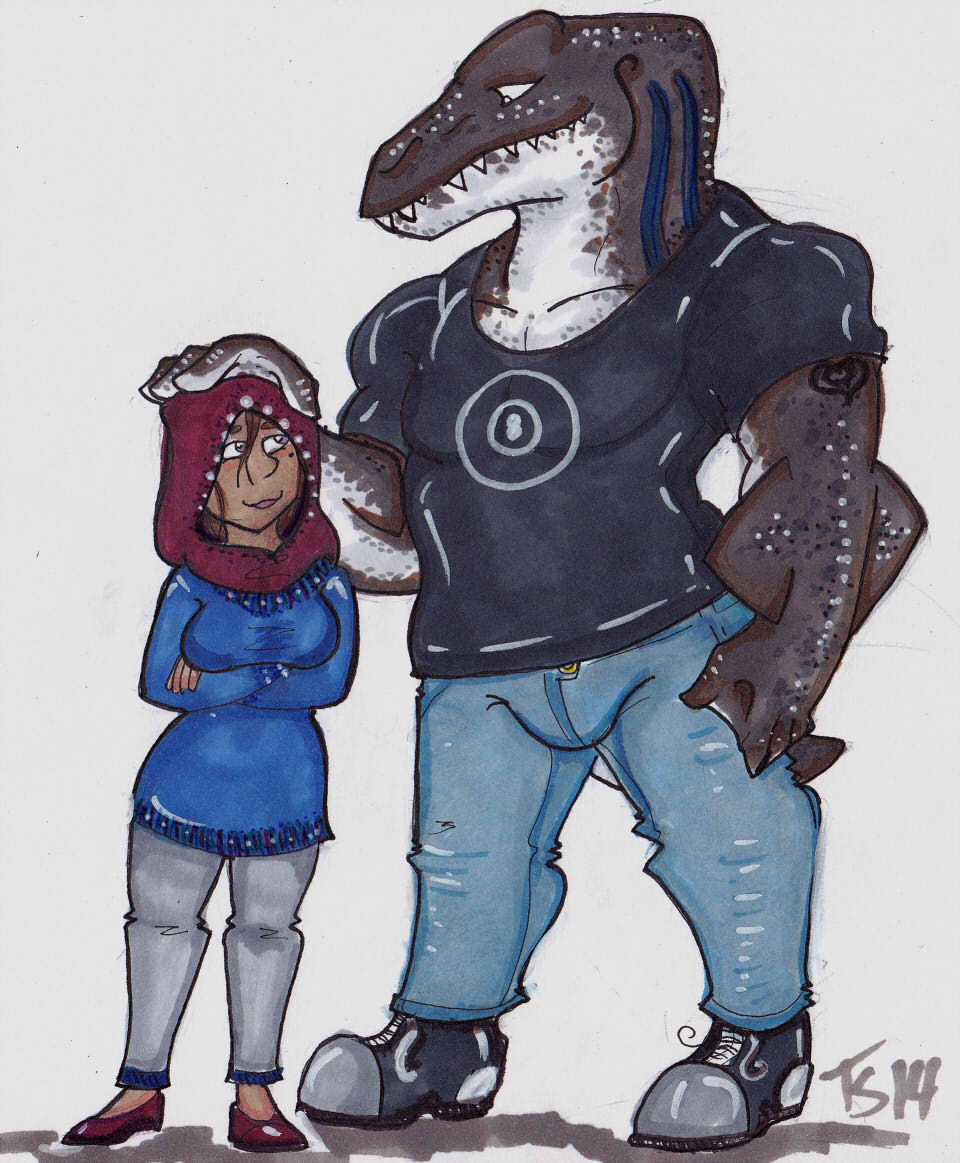 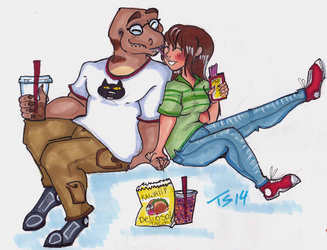 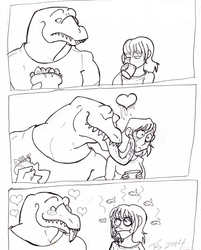 Usually when I get an idea in my head, it ferments in my mind for a while. Sometimes it just rots, other times I get wine or really good vinegar (something classy). I never had an already married couple, but I realized it would be a nice backdrop for my other characters. But being me, I have to explain/expand. Of course just having a random married couple isn't enough, I got to give them a backstory, have to flesh them out.

This is Areej (AJ) and Monroe. Monroe is a kronosaurus, king of the ocean until liopluerodon rolled in (getting it's start on Walking with Dinosaurs before hitting it big in Charlie the unicorn). Areej is a nurse, and Monroe's wife. Despite the size difference, she's the one in charge, more them later. :D