Arf! I'm a puppy dog who loves voice acting. I hope to professionally voice act in cartoons someday! I also like to write music for fun~ Aside from that, I'm a goofy pup who wags often, and I do my best to make people smile and laugh whenever I can!

Most recent: Animaniacs - What is on your mind? 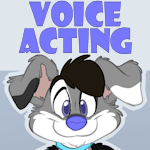 Today, a Federal Judge has ruled that Oregon's ban on same-sex marriage is unconstitutional. As of this ruling, which occurred Monday, May 19th, 2014, at 12:00 PM Pacific Time, same sex couples in the state of Oregon are free to marry.

I remember how disappointed I was when, ten years ago, a ballot measure to ban same sex marriage in Oregon was approved by Oregon voters by a hefty margin. In the ten years since then, a lot has changed. LGBT rights have taken off in the previous six years; state after state, country after country, marriage rights were recognized between same sex couples. A US President endorsed us; even included us in his second election speech. We've been made to feel more and more at home throughout the United States; and now the state where I have spent the grand majority of my life, and the state I have called home for many years, has embraced us as well. Gay and lesbian residents in this state have been approved to wed each other, despite attempted legal trickery and sabotage by NOM (National Organization for Marriage).

To NOM, I can only say: You are losers. You are losers because you continuously attempt to infringe upon the happiness of others, only because you are bigoted, mean-spirited, and quite frankly, morally bankrupt, yet you stand upon platforms of righteousness and values. Well, your so-called "values" are not American values anymore. The country is changing; you are not. For that, I pity you. For all you've done to bully us, demean us, and take away our happiness, we have once more beaten you. Perhaps one day you will learn from your errors, and evolve as human beings. I sincerely hope this day happens, sooner than later; I think you'll be much happier as people when you can leave your hatred behind. I have genuine hopes for you.

For now, my fellow LGBTs, my fellow Oregonians, and my fellow Americans, let's celebrate this historic day! Our fight for equality is far from over, but today, we have earned another victory! Wag all day, and spread the good vibes~! :3