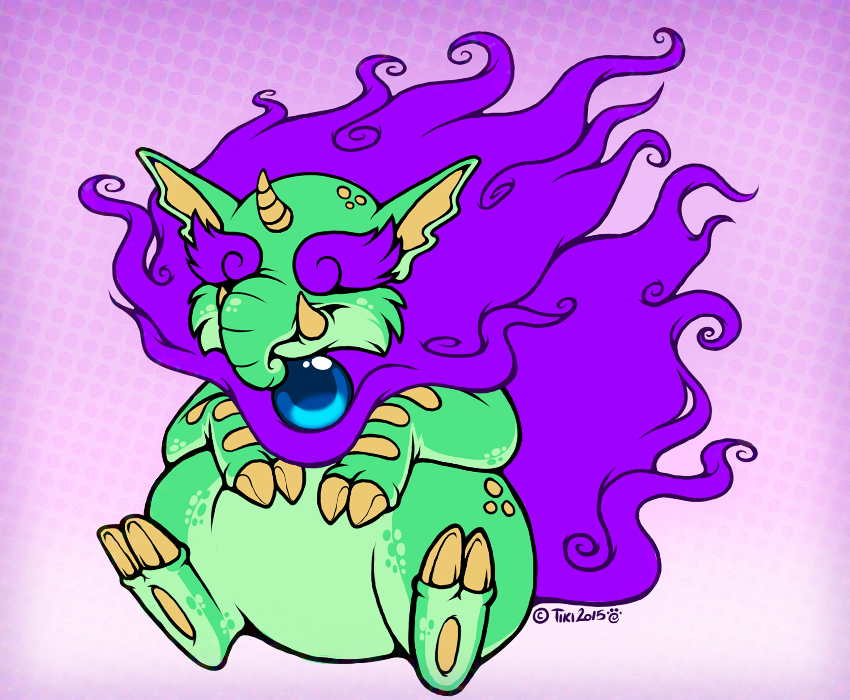 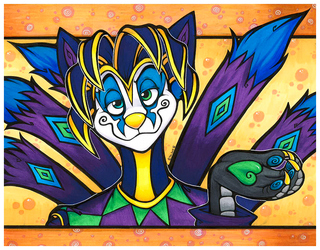 This is my character, Muma! His name means "nightmare" in Japanese (夢魔).

Originally, his design was strictly based off of a dream-eating creature in Japanese mythology called the baku. This updated design has traits of a baku mixed with Chinese guardian lions (獅 shī; you might know them under the name "foo dog") and a hakutaku (白澤). I've tried mixing these creatures into a neat blend while keeping some of Muma's older key features.

Character and art © me!