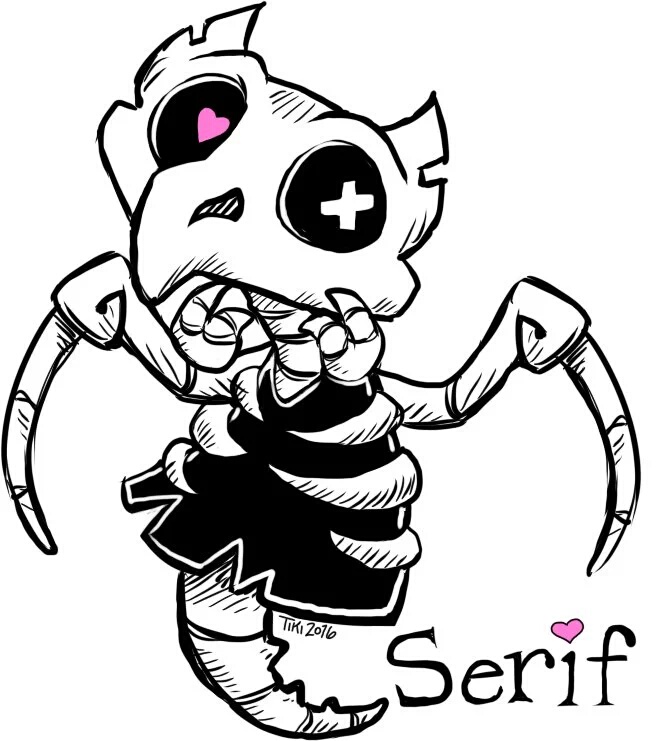 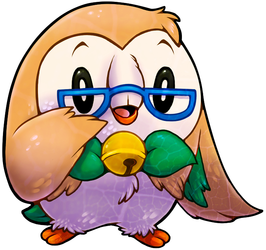 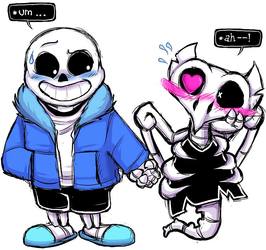 Figured since FurAffinity is gonna be down for the count for a while that I'd upload some personal art to my Weasyl gallery! (Don't worry, commissions are coming up soon!)

I recently became obsessed with Undertale after my sis PandolfsParade bought me the game on a whim and said I would love it (and I freaking do).

With anything I'm a fan of, I took it upon myself to make a fan character based on my favorite character, Sans, cleverly named Serif. =P She is based on an owl skeleton... ghost... spirit... THING.

She has a strange personality; she likes Sans (maybe to an unhealthy degree), but she tries to be secretive about it (hint: it never works out in her favor). Sans isn't mean to her by any means; he simply plays along with her sorry attempts at hiding her lovey-dovey feelings for him.

Her and Papyrus get along pretty well, though he never really understood her almost-crazy obsessive fascination with his lazy-sack-of-bones of a brother. She's a bit afraid of Undyne because she comes off intimidating, but Papyrus reassures her that Undyne would never hurt her.

She is also curious about humans, as she rarely sees them. She wonders if they have the ability to turn their heads almost all the way around like she does. Unfortunately for her, they do not, haha.

Serif uses a lot of magic and wind based attacks when provoked, but hates killing of any kind and will become frantic if she witnesses any form of death, including flowers, creatures, and other fellow monsters. She also uses her magical wind based abilities to keep her hovering above the ground ever so slightly.

That's all I can think to write for Serif right now, but maybe I'll make a better reference when I fully complete the game! <3

Undertale is undoubtedly the copyrighted property of the ever-so creative Toby Fox. Serif is merely a fan character and not meant to infringe on any rights; the character's design belongs to me.

Please be respectful and do not post any Undertale spoilers. Thanks!