Having Fun :P by Tiido 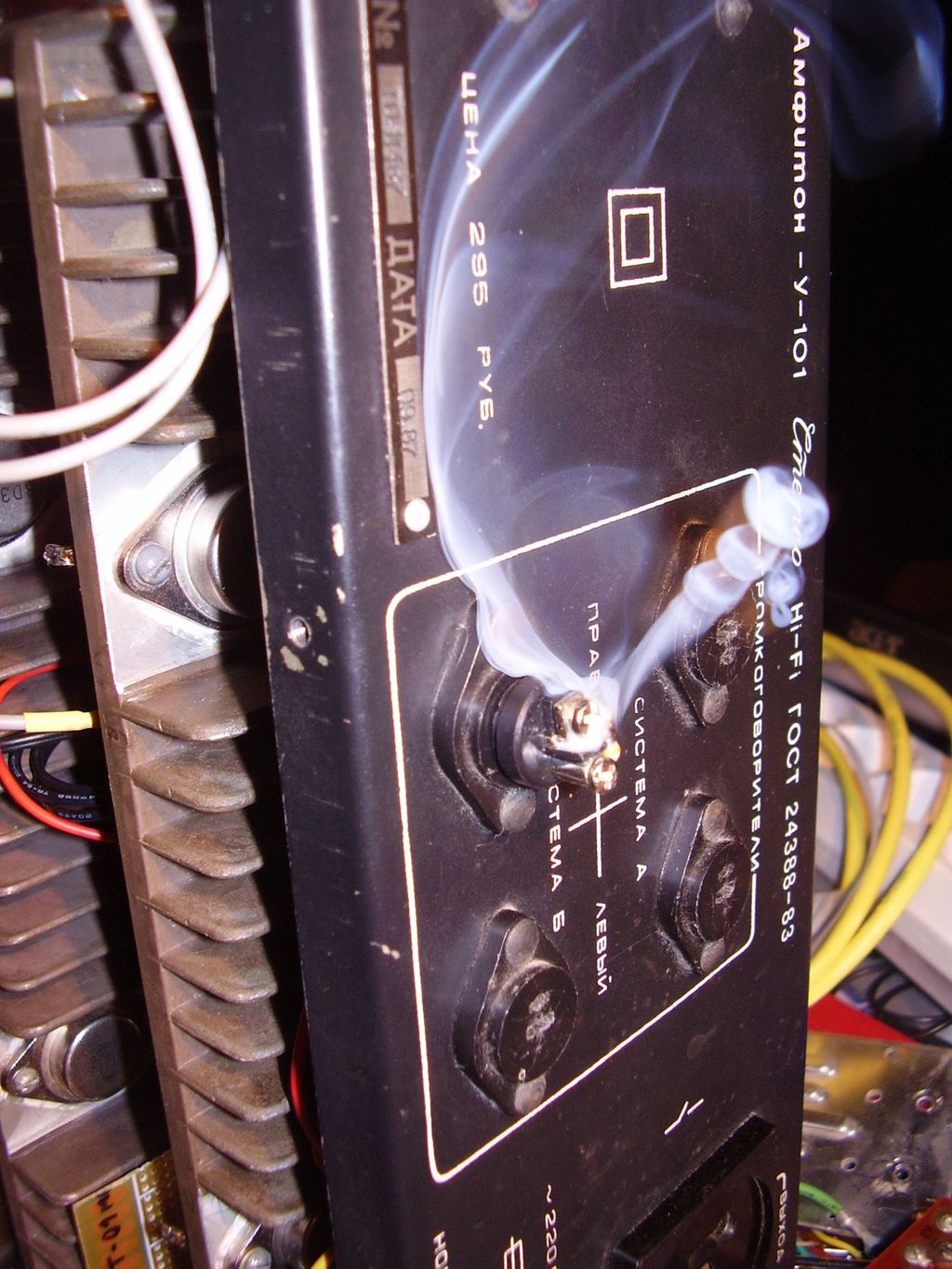 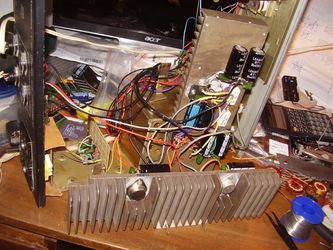 I have been rebuilding my awesome soviet amp so it would be even more awesome.
It is to a point where it can make sound and I thought I would want to hear a resistor sing and so I made one sing hahaha.

About 35V going into 4.7ohm 0.25W resistor hahahahahahahaha
There was some small vibration to the beat of music, and then some smoke and glow and eventually the resistor went open circuit.

Later on I used pair of 15W 6.8ohm power resistors in parallel to determine the power output of the amp. I got some 150W rating at no distortion, with minor distortion a little beyond that. I also bought a bunch more capacitors to put on the power rails, because just 4700µ per rail is not enough. There will be 6 of these caps per output, 3 per rail. I'm being cheap and besides I cannot actually listen things that loud anyway hahahahaha.

Next improvement will be MOSFET based rectifier bridge, to get rid of some voltage drop.

Eventually this amp is finished and I'll post a schematic and a nice series of photos of the re-build process :)