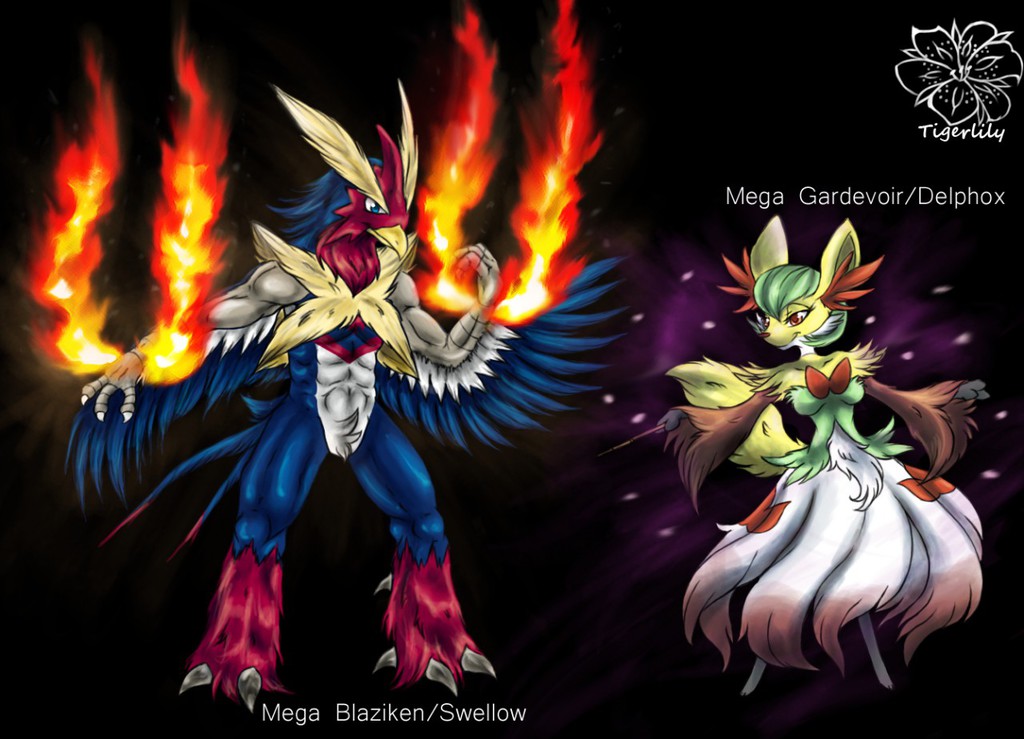 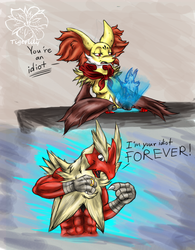 Mega gardevoir/Delphox I adopted her from an amazing guy :icontyroheartnote: who gave an idea of a mega gardevoir/delphox fusion and provide the idea of what she look like. Thanks to him, I was able to made her very elegant right next mega blaziken. Yes...my absolute number one favorite otp have fusions(although these two are different characters entirely).

My mega gardevoir/delphox fusion is name Silmeria named after the Valkyrie from Valkyrie Profile and Erik the mega blaziken/swellow Erik is named after a friend.