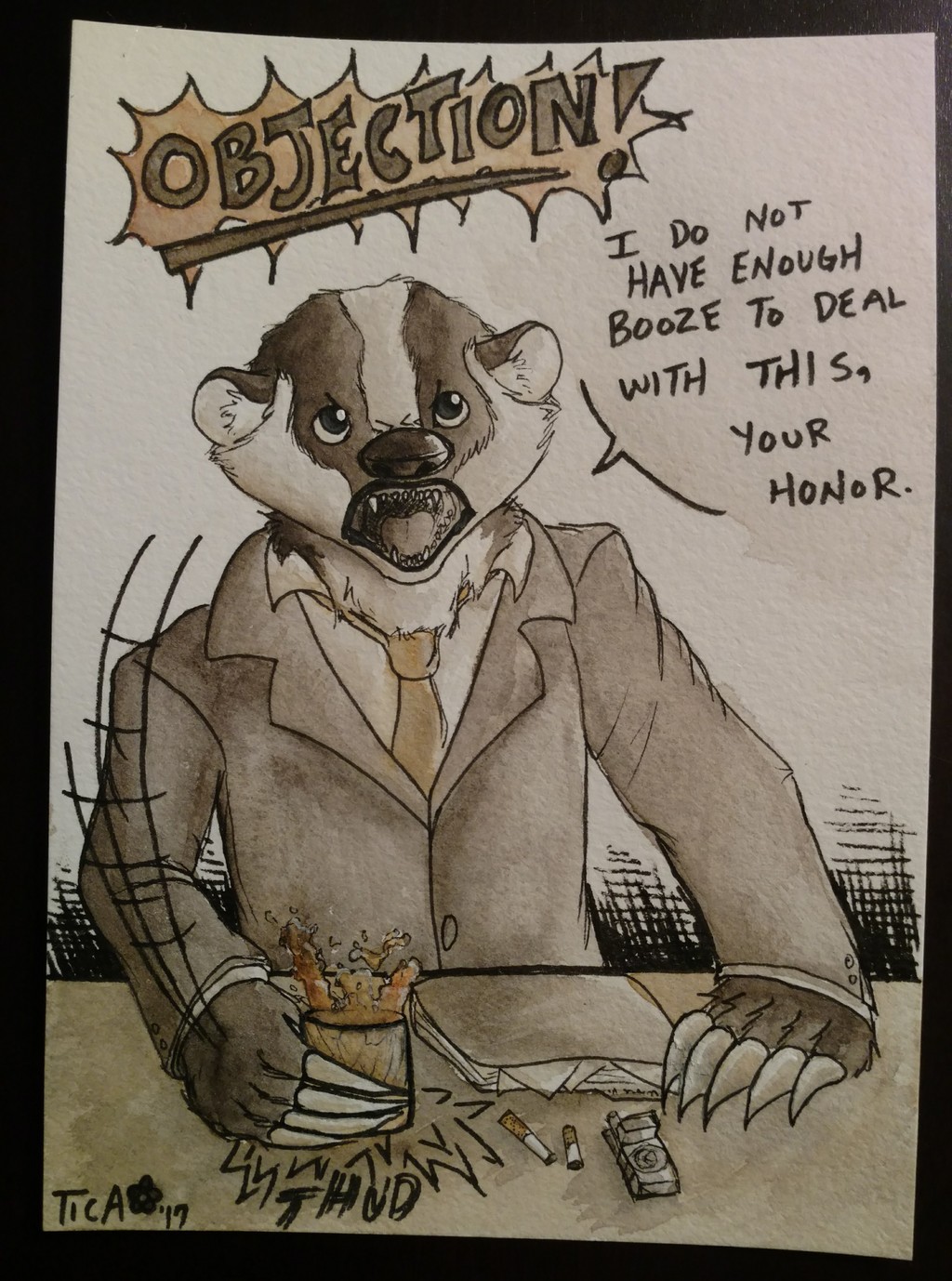 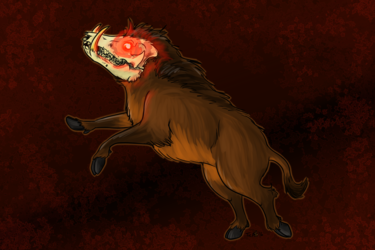 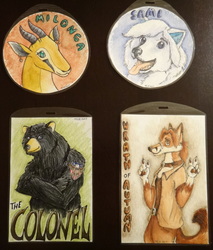 During the debacle that was the cancellation of RMFC 2017 (I may be writing a journal about this with more info later), a non-furry lawyer with a blog wrote a funny post about one of the juiciest bits of drama. You can find it here: http://lawyersandliquor.com/2017/04/free-furry-of-the-land-when-sovcits-and-furries-collide/

It immediately became a viral hit on furry Twitter. Last I saw he'd gained more than 1,500 new followers in the wake of that post--mostly furries. He mentioned at one point that if he were furry he'd be "a motherfucking badger" and... the fanart started rolling in. I was highly amused by the entire situation and so I joined in.

He's been really cool about all the attention and I've only seen reactions to the furry deluge of support to be positive. I think it's only a matter of time before he's guest of honor at a fur con, lol.