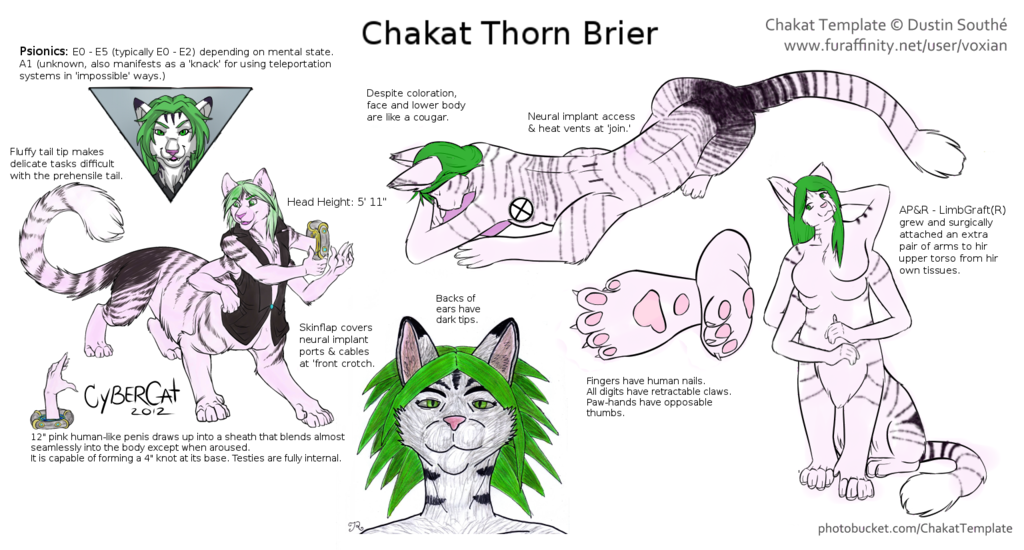 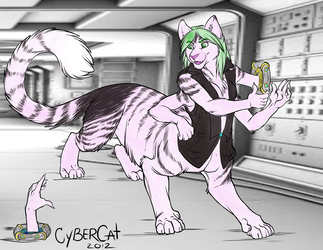 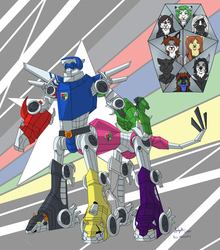 Thanks to Bluesky for commissioning Voxian to make the Chakat template and making it available for public use (those lines have been rather heavily edited for four breasts and arms). Thank you to CyberCatLady for drawing the lines for my Playing With Portals pic. And thanks to Skybeakdraco & Pack-Mentality for doing the headshots. As always, Chakats and the Chakat Universe are the IP of Goldfur.

This is my lavender white Chakat with lavender black stripes, the best I was able to make it with my limited artistic talents. I updated with a new version so I don't break my ref links. I colored and included a commission of hir and feel this is probably the vest visual representation of hir (that would be the one with the portal).

Since I use this for artists to reference;

Height: Shi is slightly tall for a Chakat, standing at 5' 11"

Note on Hand-paws and Tail: Since a lot of people forget this, Chakats front paws have thumbs, and their tail is prehensile. Most chakat hands I've seen are not quite as agile as this (http://www.furry.org.au/cakitfox/Art/Chakat\_Hacky-sack.jpg) but they can still grasp quite nicely (https://www.furaffinity.net/view/8283909/). Hir tail, while still prehensile, is less dextrous because it ends in a large white floof.

For work shi adds a tool harness something like: http://i25.photobucket.com/albums/c77/Thornbrier/21064-2.jpg

Forester (Forest) Shi has had an Anatolian Shepard (aka a Kangle) for a guard dog/travel companion who often wears a harness similar to hir own. His name is Forester, but shi often calls him Forest. He died during hir four years on Shuzo. Shi has been contemplating getting a new one.

Implant: Except in armor shi always tries to leave the top of hir join exposed as these are the access points to hir computer implant (armor reaches in to link up) and other than hir circulatory system the vents on the back portion are the only method of cooling. In the back it is right where the body curves up, in front its about where the crotch of a normal anthro would be following hir body down.

FireFall style Power Armor: (I am still assembling the parts for a proper reference to make this, will upload as one image and link to that when done)

Additional info can be found in hir bio: https://www.furaffinity.net/view/9263203/